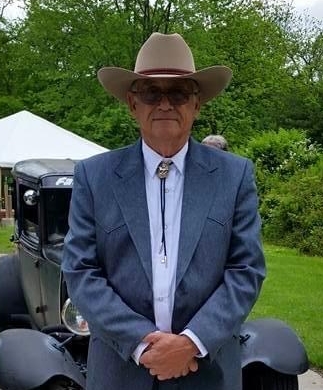 Cecil Glenn Hite, 82, of Holden, Missouri, passed away peacefully on Friday May 20, 2022 surrounded by his family.

He was born in Warrensburg, Missouri, on April 19, 1940 to the late Loran and Alma (Talley) Hite.

Together, they made their home and raised their family in Holden for 48 wonderful years.

Cecil grew up on the family farm in rural Holden and only had two jobs during his lifetime.

He worked at Aladin/Action Products in Odessa, MO, where he was a supervisor until his retirement.

His daughter Mary isn’t exactly sure what his job entailed but she has fond memories of him sitting on the desk and eating candy and sweets.

Cecil enlisted in the U.S. Army in 1975 and was active duty for six years.

He rose to the rank of staff sergeant while finishing his career in the National Guard over the next 18 years.

He garnered many honors and badges in the military and was very honored by each and every one of them.

He was very proud to say he was a veteran of the United States.

His favorite thing to say was, “I don’t need no sugar ’cause I’m sweet enough!” and anyone who knew him would completely agree with that.

He was a happy-go-lucky guy and loved his children and grandchildren.

He will be greatly missed by all who knew and loved him.

He was preceded in death by his parents; wife Karen; one brother, Lloyd Hite; one sister, Louis Haun; and one granddaughter, Kaytlin Hite.

A visitation will be held at the Campbell-Cast Funeral Home in Holden on Thursday, May 26, 2022 from 5-7 p.m. Military Honors will follow.

There will be a private interment at a later date.

In lieu of flowers, contributions may be made in care of Campbell-Cast Funeral Home to the family in memory of Cecil Hite.

Online condolences can be made at www.castfuneralhome.com.