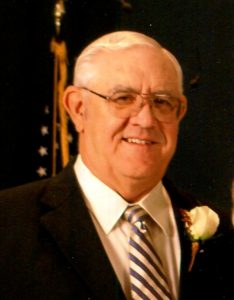 Gary Clayton Hackett, 76, of Kingsville, MO, departed this life and went home to meet his Savior on January 26, 2022, at Western Missouri Medical Center in Warrensburg, MO, surrounded by his loving family.

Gary was born May 1, 1945, on a farm near Holden, Missouri, the son of Charles Clayton and Lucille Francis (Brown) Hackett.

When he was very young,  Gary’s family moved to the Independence, MO area where he spent his childhood and teenage years.

On August 8, 1964, Gary was united in marriage to Mary Ann Smith in Raytown, MO. To this union, God graciously granted five children, all of whom were the answers to his prayers.

In August of 1965, Gary and Mary moved to the farm in Kingsville where, with the exception of a brief time in the United States Army, he lived and farmed for the rest of his life.

In 1993, Gary took an off-the-farm job driving a truck for Gilcrest Equipment in Holden, MO and later formed Hackett Trucking before officially retiring from the trucking industry.

As a young child, Gary gave his life to the Lord and became a true Ambassador for Christ. Gary was fearlessly unashamed of the gospel and spread the Good News of Jesus Christ everywhere he went.

Gary’s dedication to serving Christ in the church is what was foremost in his life. It came before his family, before farming, before pleasure, and before wealth.

Gary was a lifelong member of Grace Pentecostal Church, where he worked with the youth and young adults, directed singing and band, and taught Sunday School for many years before taking on the role of pastor.

Everyone who knew Gary knew of his love of music. He would sing or play his trumpet in front of crowds, or sing Sunday School songs with the children in the church basement while playing toy instruments. It was all the same to him – a desire to worship the Lord in song.

Gary loved people. He never met a stranger. He loved to talk and would visit with people for hours. He loved to reminisce and tell stories. He loved to gather around the piano and sing or play his trumpet.

Gary was preceded in death by his loving wife of 57 years, Mary; his parents; a sister, Charlene Aldrich; and seven grandchildren who were born into the loving arms of Jesus.

There will be a conjoined funeral service for Gary and Mary at 10 a.m. Monday, February 7, at Grace Pentecostal Church, north of Kingsville, with Pastor Tom Marlow officiating.
Interment will follow at Duncan Cemetery, south of Kingsville.

Visitation – the family will receive friends from 4 to 7 p.m. Sunday, at the church.
Arrangements entrusted to Williams Funeral Chapel in Holden.