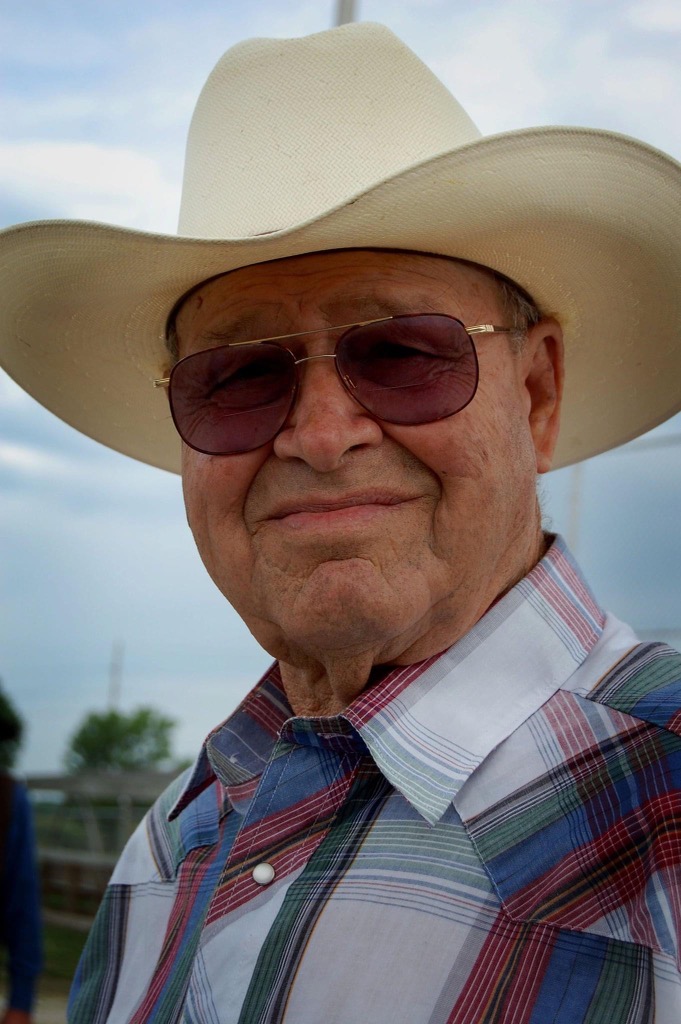 He was born February 28, 1930 in Denton, Missouri, the son of Wallace and Louise (Neal) Eagleson.

Worley was a 1948 graduate of Holden High School.

He preferred to live and work outdoors and enjoyed all of the scenery God gave us on this earth.

He never met a stranger and always had a story to tell.

Raised on a farm, Worley developed a love for farming and horsemanship.

His stories of the early years include playing FFA basketball in high school and boxing in the Marine Corps.

After his service was over, he drove a truck until he bought his own farm, where he raised his family.

Farming and cowboying was what he liked to do best.

He taught many kids horsemanship at Round Grove 4-H.

Later in life, he became involved in construction and did seamless guttering as Quality Construction.

When he “retired” he was enlisted as a flower delivery man in the family business, Country Creations.

He often bragged that he “made more ladies smile than any man in town!”

He was the best Dad and Grandpa, supporting his kids and grandkids in anything and everything!

Worley was preceded in death by his loving wife, Vee; his parents, Wallace and Louise Eagleson; one sister, Lorene Short; and brother-in-law, Red Carter.

Those left to cherish his memories are his daughter, Linda (Tony); his son, Mike (Terri); three grandchildren, Jay, Joni (Russell), and Stephanie; great-grandchildren, Krista (John), Wilder, and Travis; a great-great grandson, Henry; a sister, Ethel; and several nieces and nephews.

Funeral Services will be held at 1 p.m. on Wednesday, January 19, 2022 at Williams Funeral Chapel in Holden, with Pastor John McRoy of Kingsville Baptist Church officiating.

The family received friends from 5 to 7 p.m. Tuesday at the funeral home.

Memorial contributions may be left to the New Liberty Cemetery Association, in care of the funeral home.