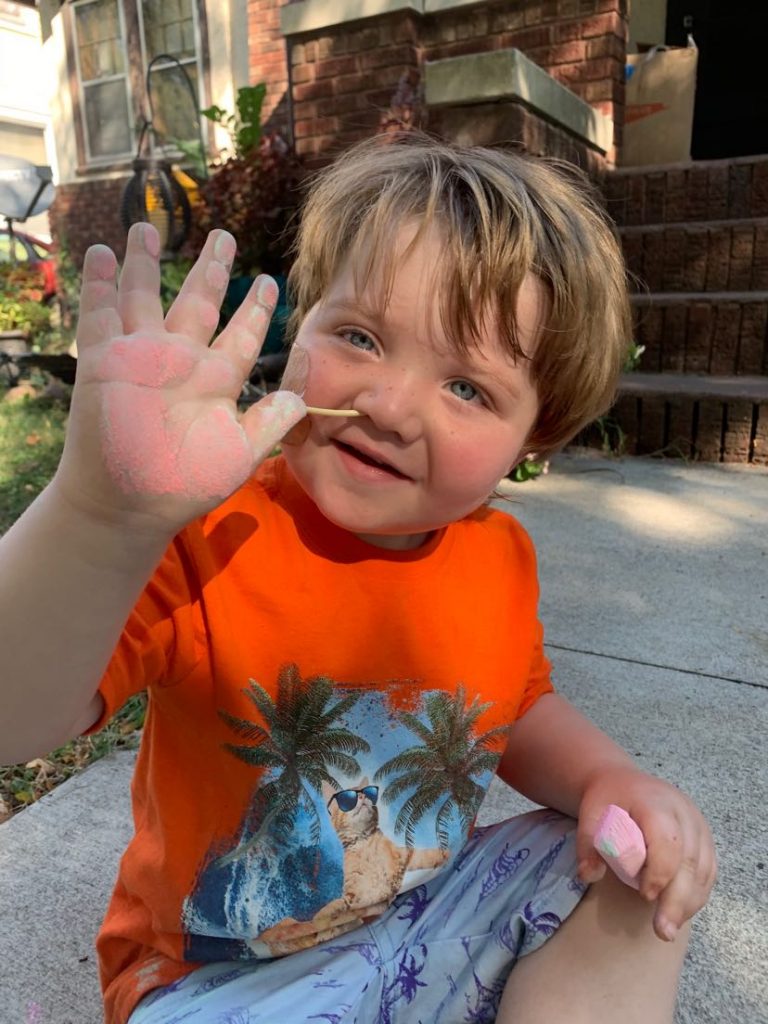 Noah Eugene Timmons, age three, of Holden, Missouri went to be with the Lord and his PaPa (Jack Timmons) on Monday, May 17, 2021 at home, surrounded by his loving family.

Noah was born on July 20, 2017 in Warrensburg, Missouri to Camaron Timmons and Brandon Gruetzmacher.

Noah was raised and cared for by his great-grandparents, Jack and Nancy Timmons.

Noah loved riding the lawnmower with his PaPa Jack, driving his tank, and cruising around in the golf cart.

It always brought a smile to his face when he could “giddy-giddy” (tickle) people and make them laugh.

He enjoyed dancing and doing the moves to the song “The Wheels on the Bus,” listening to music, and playing with trucks, cars and tractors.

Noah always had the most fun playing with his two best playmates Olivia and James.

Noah spent many months at Children’s Mercy Hospital, where his favorite thing was riding laps upon laps around 4 Henson, being pulled by whoever was willing.

He also enjoyed road trips to Topeka to spend time there with his family.

He was the first and only pediatric patient to participate in the trials.

Although it did not cure Noah, it did extend his life and the days he had with his family.

Noah’s family’s hope is that his life and participation in the trials will help others on the same journey and contribute to finding a cure for leukemia one day soon.

Though Noah had a short life, it was a life full of love from his family, his loving community, and friends who fought right alongside him every step of the way.

Noah was preceded in death by his great-grandfather (PaPa), Jack Timmons.

Noah’s brave heart, kind, gentle spirit, and his contagious laughter touched the lives of so many and will be missed dearly.

Funeral services were held at 2 p.m. on Friday, May 21, 2021 at New Life Fellowship Church in Holden, MO with Pastor Michael Wakeman officiating.

Interment followed the services at the Gilbert Cemetery, south of Kingsville.

In lieu of flowers, memorial contributions are suggested in memory of Noah Timmons to Hope Outdoors Central Missouri Chapter.

These contributions may be left at the funeral home or you can donate in memory of Noah Timmons through PayPal to Randy Thornton at hopeoutdoorcentralmo.

Online condolences may be left at www.castfuneralhome.com. Arrangements were entrusted to Campbell–Cast Funeral Home, Holden, Missouri.