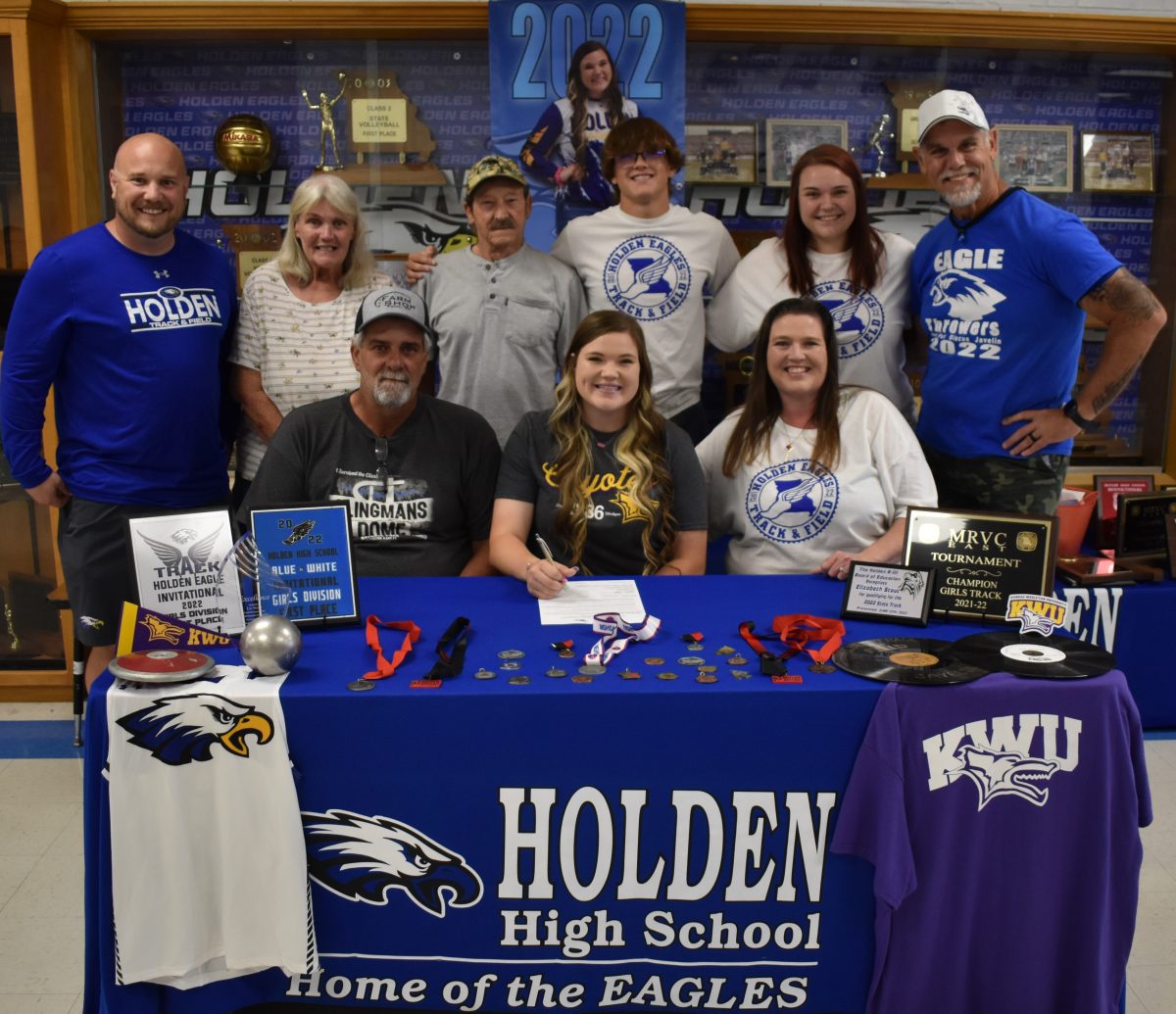 The decorated Lady Eagle athlete who competed in multiple sports at Holden will continue her academic and athletic career at the university in Salina, Kansas as she pursues a degree in nursing.

“I was still wanting to go for softball, but I have to set my priorities,” said Stout. “My priority right now is nursing. I’m hoping to deliver babies. That’s my hope. That is what I want to do so I thought track would be more of a low-key sport, but something that I’m still good at and still have fun. “When I went and saw Kansas Wesleyan, their track coach was just so nice. They just seemed like they really wanted me, and wanted to know everything about me.”

During her high school career at Holden, Stout was a standout team member in softball, basketball, and track and field.

In middle school, she also competed in football and cross country.

Stout accumulated numerous awards throughout her high school career, earning all-conference and all-district recognition in softball, basketball, and track and field, among other awards.

She received all-state softball recognition during her junior season.

This past spring, Stout closed out her senior track and field season by earning an all-state medal in the shot put by placing second at the Class 3 Track and Field Championships with a Holden school record distance in the event.

Stout’s successful senior track and field season, and her all-state placing occurred after missing her sophomore season due to the cancellation of the 2020 season during the Covid-19 pandemic, and sitting out her junior season due to an injury.

“Liz is a great three-sport athlete for Holden,” said Holden track and field head coach David Diener. “She came out as a senior here after missing a year with Covid, and a year with injury. “To finish as well as she did at state, and then to have this opportunity to throw at the next level shows how her hard work and just being a great athlete tie together.”

Now Stout trades her Holden Eagle blue and white for the purple and gold of the Kansas Wesleyan Coyotes. “I went on orientation day, and we had a really good sit-down conversation,” said Stout of a recent meeting with KWU track and field head coach Kyle Hiser. “He’s super sweet, and the throwing coach is Shaquelle Lewis.

They both are so friendly, so nice, they just really seemed like they wanted me, and they liked the thought of me being on the team.

I really liked that.” Stout represents the first Holden thrower to sign a college letter of intent after a recent string of runners who have competed at the next level. “I’m very proud of her work, not only in track, but in the weight room,” said coach Diener. “To see her to be able to go throw at the next level is just a…I’m extremely proud of her.

She can be a pioneer for that part of our program to show kids there’s an opportunity to do this at the next level.”

After weighing multiple options available to her, Stout looks forward to her new opportunity. “It was very unexpected,” said Stout. “I never really thought I was really good at track. I just thought track was to keep me busy, because I play sports, every sport in school, practically. After I placed at state, I was like well, I guess I’m kind of good. I didn’t think I was that good, but I guess state really changed my mind. I was like well, I’m opening my options up now. I’m happy I picked this decision.” Elizabeth is the daughter of Sheila Stout and Mark Shanley. 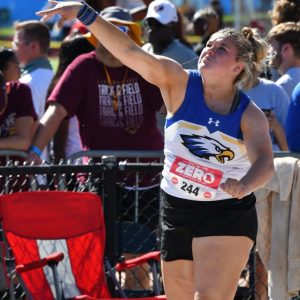