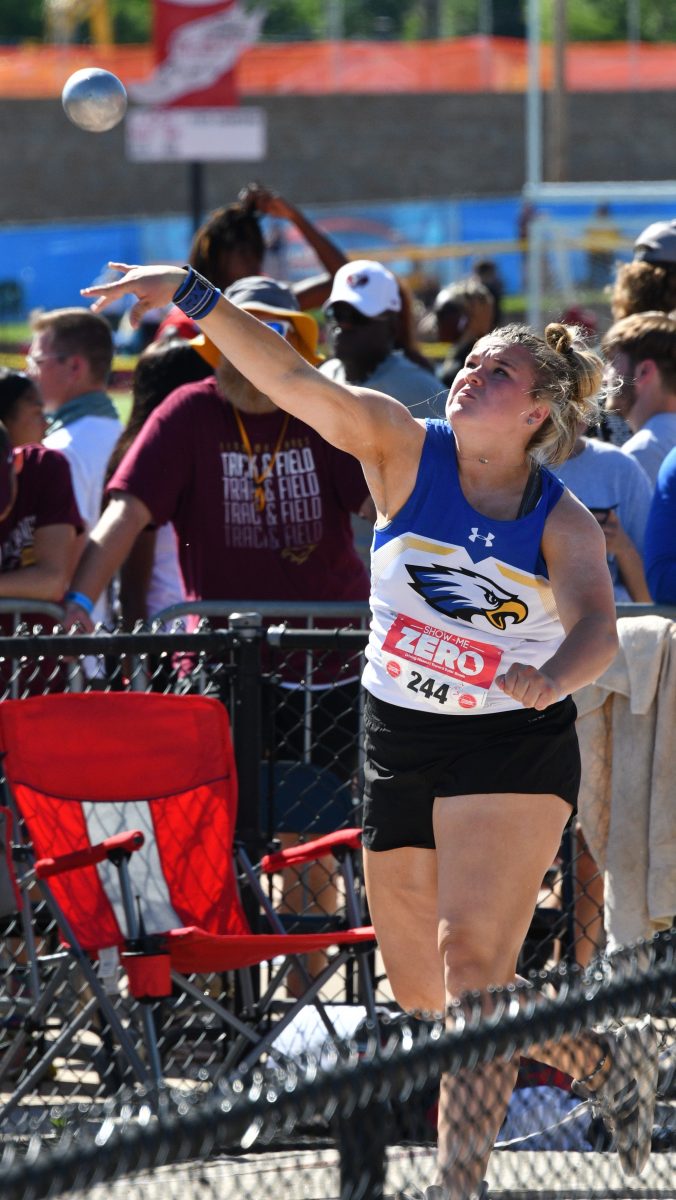 Milestone State Meet Moment… Lady Eagle senior shot putter Elizabeth Stout records a distance of 12.65m on her final preliminary attempt at the Class 3 MSHSAA State Championships on Friday, May 27. Stout’s mark earned her the second-place all-state medal at the meet, and with that distance, Stout broke her own Holden school record in the event. Photo by Steve Edwards