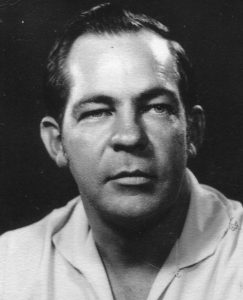 Dale was a 1955 Holden High School graduate. He graduated from Moler Barber College in Kansas City, MO in 1956.

He was a barber for 60 years. Barbering was bigger than life itself for him, everything else came second. Not one time in those 60 years did anyone ever hear him say, “I wish I didn’t have to go to work.”

They made their home in Holden until 1973 when they moved to Warrensburg. In earlier years they enjoyed fishing and traveling.

Dale was a home movie enthusiast, having filmed hundreds of hours of business and social events, including family gatherings from 1958-2016. He was secretary-treasurer of Rock Springs Cemetery Association, Holden, from 1970 to 1991.

Dale was a member of Corinthian Lodge No. 265 A.F. & A.M., Warrensburg, where he received his 50-year membership pin in 2014. He had conducted more than 150 Masonic funerals.

He was preceded in death by his parents; and a sister, Patsy C. Fairbanks.

Private Masonic services and burial will be in the Sunset Hill Cemetery, Warrensburg.

Memorial contributions are suggested to the Rock Spring Cemetery Association, or Corinthian Lodge No. 265 A.F. & A.M. These may be left at the chapel.