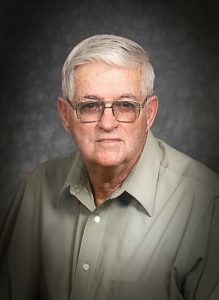 He was a 1951 graduate of Kingsville High School and went on to serve in the U.S. Army toward the end of the Korean War conflict between the years 1953 and 1955.

Dwight married Lois Brown of Pleasant Hill, MO on November 3, 1958, and began to raise a family in Independence, MO. They recently celebrated their 61st wedding anniversary.

Dwight and Lois moved from Independence to Holden, MO, after taking ownership of Wall Truck Line, Inc., until his retirement in late 1994. During their retirement they traveled all over the United States and spent many winters in Florida and Texas, and recently moved to Lee’s Summit, MO in 2019.

He was predeceased by his daughter-in-law, Staci Duncan.

He was a faithful member of the Church of Christ.

Per his wishes, he will be cremated and then inurned at the Holden Cemetery, Holden, MO.

He desired no funeral or memorial service.