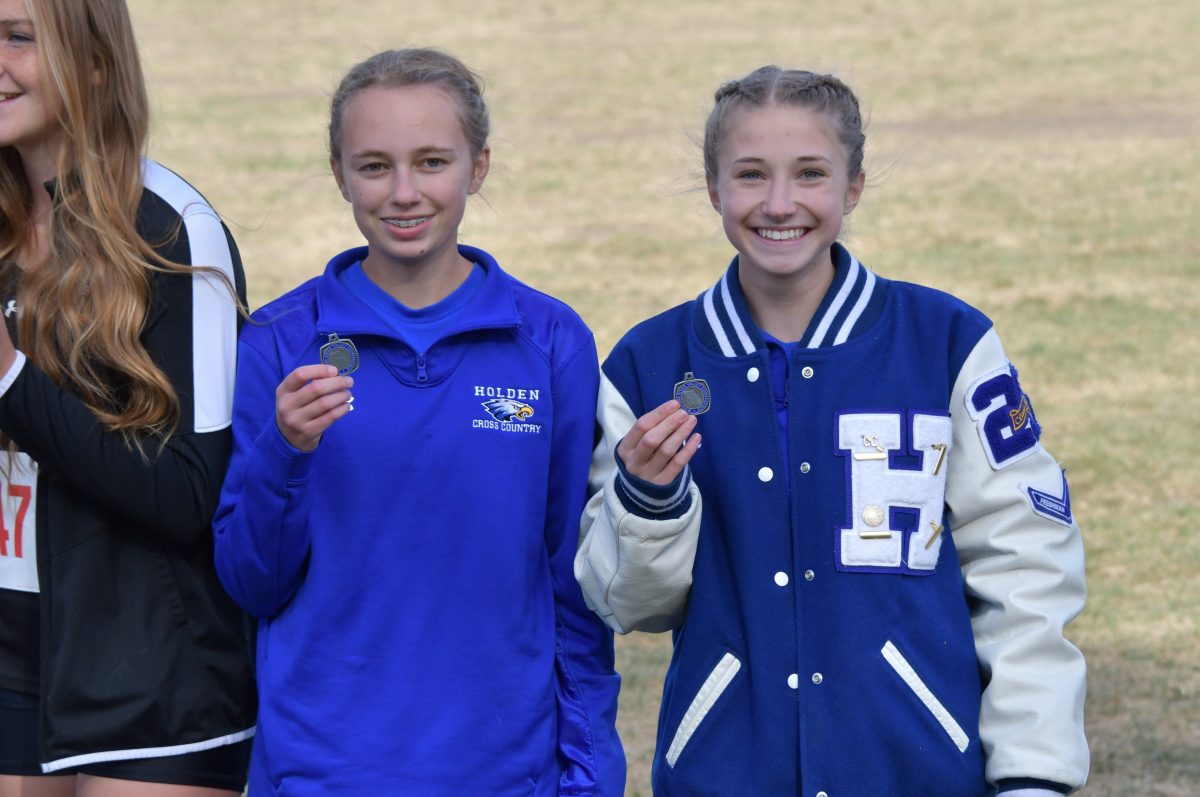 The two runners placed back-to-back on the course at Richmond High School on Wednesday, Oct. 19, with Brewington in ninth place, and Young in 10th place.

For Young, it was her second all-conference medal in two tries after earning all-conference honors last season competing as the lone Lady Eagle runner for Holden. “The girls knew what they had to do to get all-conference, and they did it,” said Holden cross country head coach Dale Wescott.

Running in her first career conference meet, Brewington picked up her top-10 medal by clocking out at 23:37. “Malea came a long way,” said coach Wescott of Brewington’s improvement over the season. “We told her at the beginning of the season she could be all-conference.”