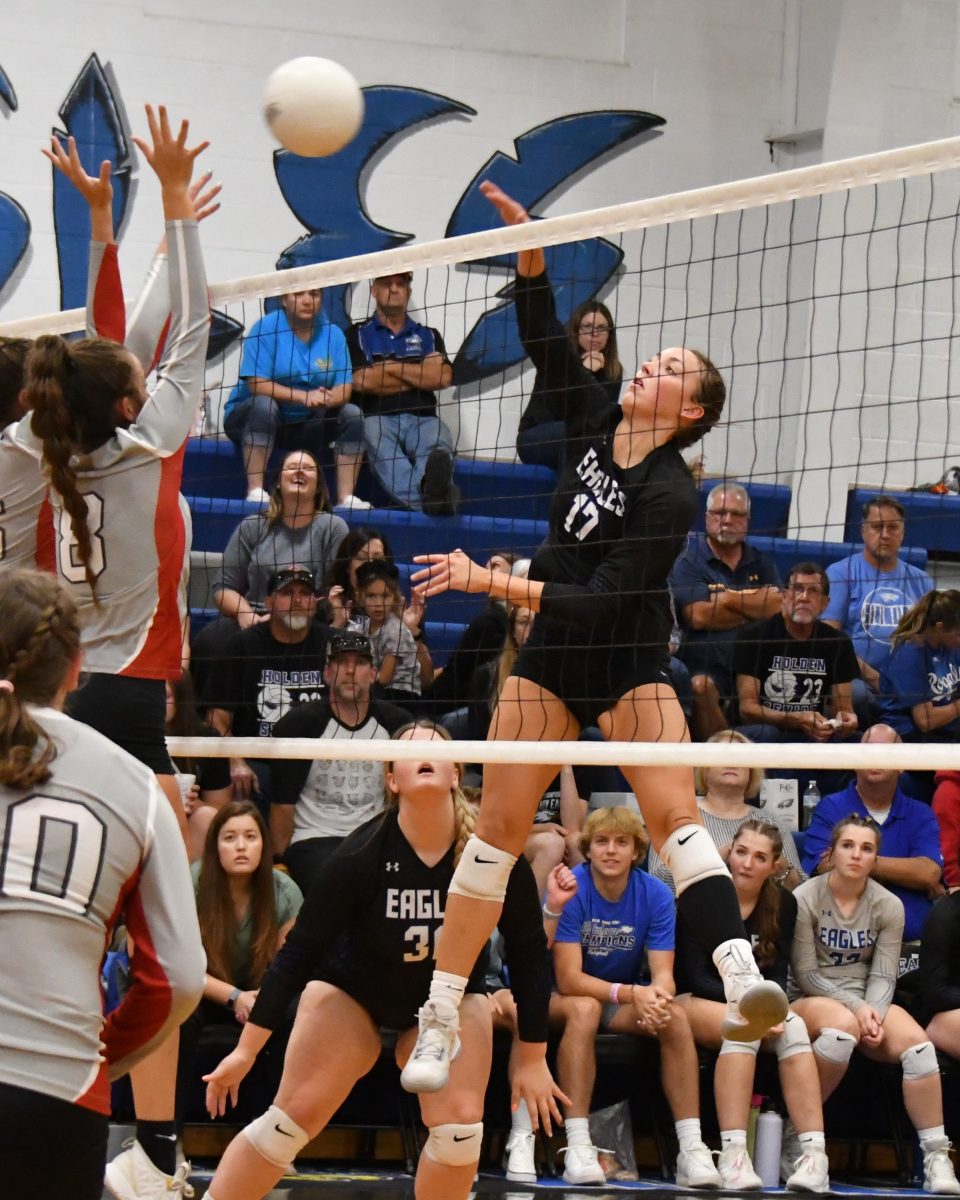 Lady Eagle seniors Tristyn Powell, Sara Ayler, Gracie Carver, J’Lee Jones, GiGi Jones, and Natalie Moss were recognized on the court prior to the volleyball team winning the match in set scores of 25-22, 26-24, and 25-23.

“It was a fun and exciting match,” said Holden volleyball head coach Tori Florence. “Carrollton has some great athletes, and it is always fun to play other competitive teams.

“We as a team came together, and were able to rally with Carrollton most of the night,” continued Florence who is in her first season as the Holden volleyball team’s head coach. “We are graduating six seniors this year. It has been an honor to coach these young women this year, and we wish them nothing but the best in the future.”

In other senior stat totals, Carver had 5 kills, Powell had 2 kills, and Ayler chipped in 1 kill. Powell and Carver each had 2 service aces. J’Lee Jones had 6 digs, Powell had 5 digs, Ayler had 4 digs, and GiGi Jones had 3 digs. Powell had a team-high 10 assists with Ayler and J’Lee Jones each contributing 1 assist.

Versus Knob Noster
The Holden volleyball team moved its record in MRVC-East play to 6-1 by defeating Knob Noster in the final score of 3-1 on the Lady Eagles’ home court on Thursday, Oct. 6.

“Playing Knob Noster is always intense,” said coach Florence. “We played one of the best games this season against them.
“Tristyn Powell had 17 assists, which helped Gracie Carver lead in kills with a total of 15.

“Defensively, this was the best game we have had this season, so far. Everyone was able to play their part on defense. Izzy Guinn had 16 digs, Jaci Gower had 21, and Tristyn Powell had 19 total digs. Jaci Gower also led the team with 11 aces.”
At the end of last week, the volleyball team held an overall record of 13-7-1.

The Holden volleyball team closes out the MRVC-East season in a road match at Higginsville this Thursday, Oct. 13 with a JV match at 5:00 p.m., followed by a varsity match.