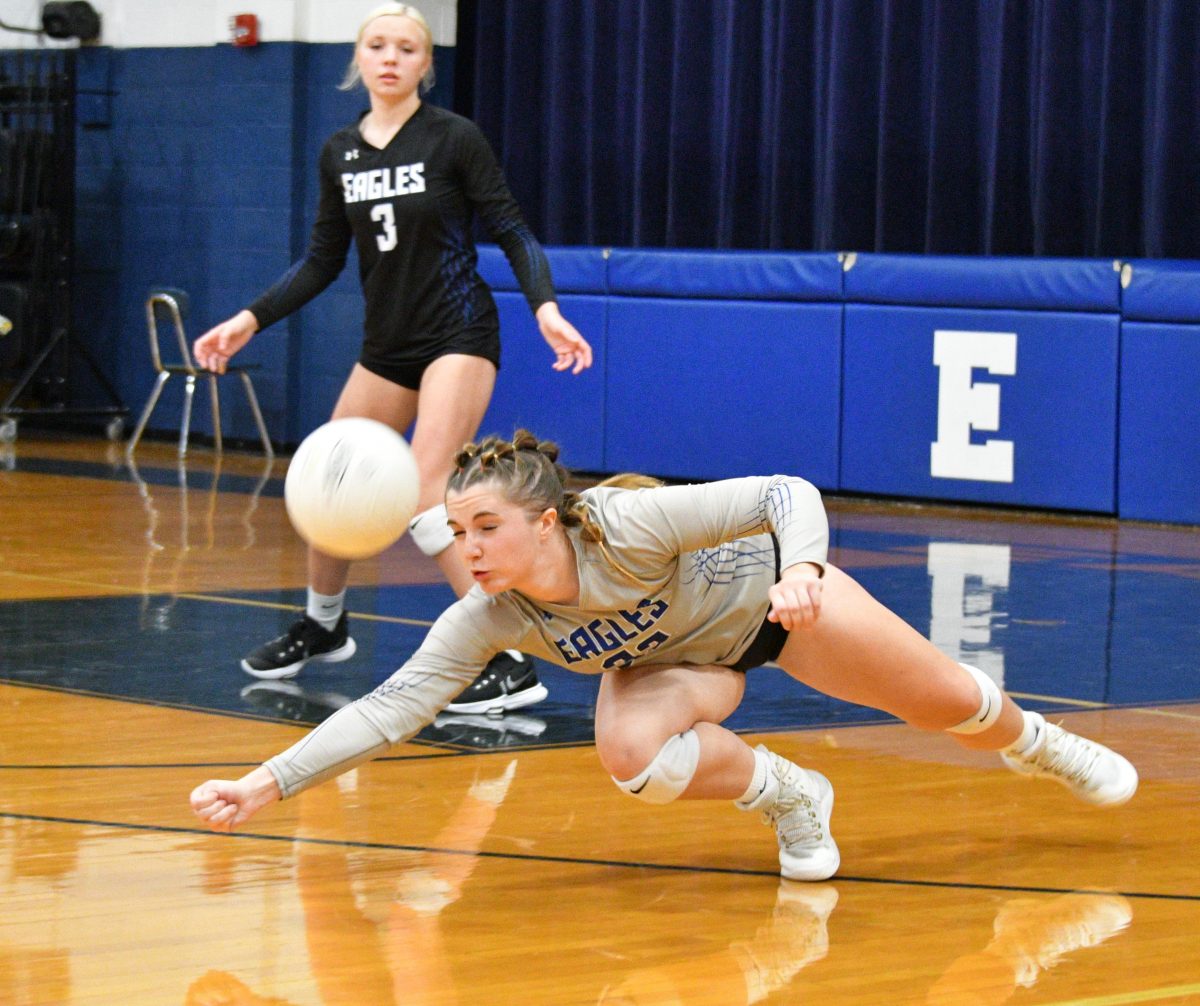 All Out Effort… Lady Eagle senior libero GiGi Jones gets under a ball as teammate Alex West backs her up during Holden’s home match against Higginsville on Tuesday, September 27.  Photo by Steve Edwards

The Lady Eagles volleyball team dropped a five-set match at home to Higginsville on Tuesday, Sept. 27, and rebounded with a road win at Richmond on Thursday, Sept. 29.

Versus Higginsville
In a battle of teams holding undefeated records in conference play heading into the match, the visiting Lady Huskers won last Tuesday’s match by the final score of 3-2.

Holden again worked from an early deficit in the fourth set. The Lady Eagles pushed for a fifth set by winning the fourth set by the final score of 25-21.

A quick start by the Lady Huskers in the fifth set led to a final set score of 15-6 to give the match, and current control of the MRVC-East volleyball rankings to Higginsville.

For Holden, Gracie Carver and Alex West led in kills with 11 apiece. Jaci Gower had 10 kills. Tristyn Powell had 7 kills.
Gower and Cami Agee each had 3 service aces. Powell and J’Lee Jones both put up 2 aces. Carver had 1 ace. Carver contributed 2 blocks with Powell notching 1 block.

Gower had a team-high 28 digs. West with 15 digs, and Izzy Guinn with 14 digs each hit double digits in the category. Other individual dig totals included J’Lee Jones with 7, Agee with 6, Carver with 4, and GiGi Jones and Sara Ayler with 3 each.
Powell posted a team-high 18 assists. Agee had 13 assists.

After last week’s road win at Richmond, the Lady Eagles volleyball team stood at 4-1 in MRVC-East play, and held an overall record of 7-3.