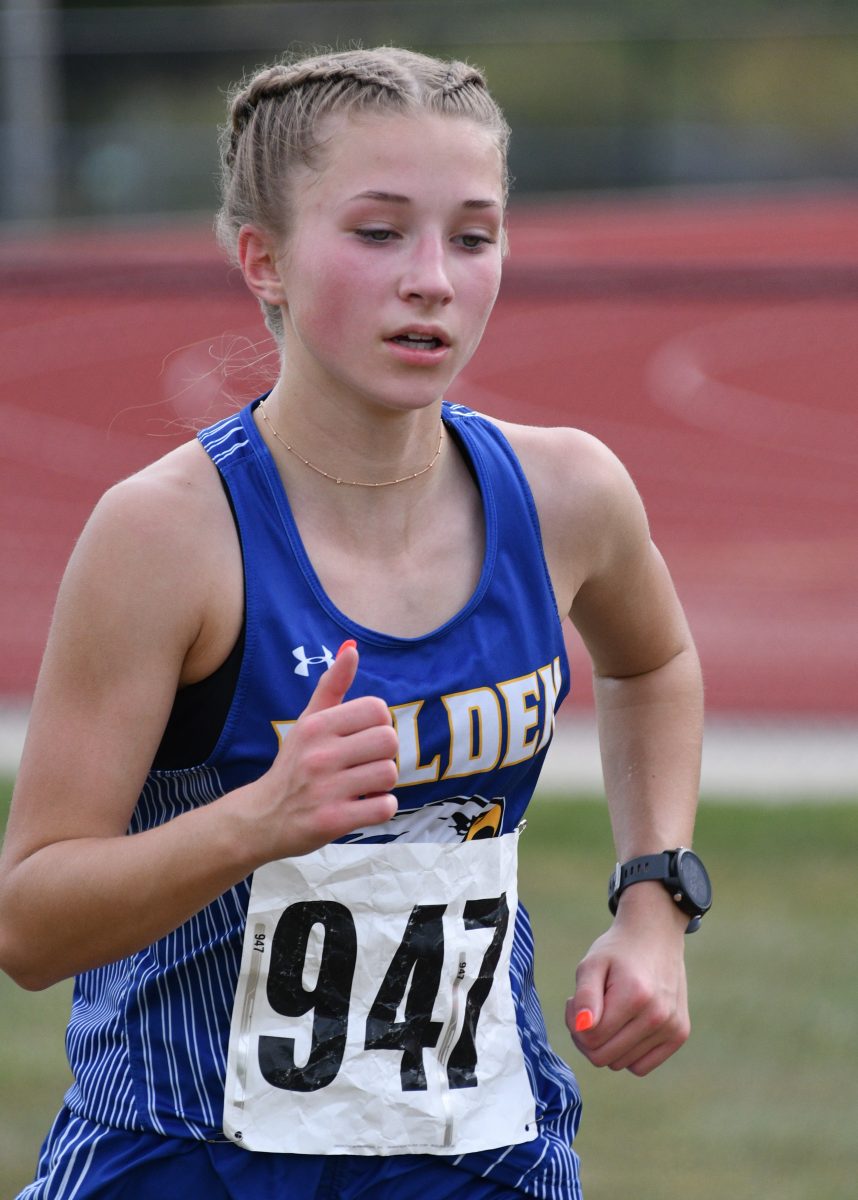 The Holden cross country runners competed at the Gans Creek Classic in Columbia on Saturday, September 24 in a large field of runners.

Senior Zach Willis led the boys team with a top-10 medal finish among 251 finishers while freshman Abby Miller led the Lady Eagles with a 39th-place finish in the field of 163 girls finishers.

The Eagle boys team finished in 14th place among 33 teams.

“Gans Creek was a good measuring stick of where we’re at,” said Holden cross country head coach Dale Wescott. “We had a lot of season-best times.”
Willis clocked out with a personal record time of 17:21 to place eighth as he recovered from some sickness experienced earlier in the week.
“Zach led the boys with that low 17-minute time,” said coach Wescott. “He finished 10 places better than lat year at that race. He’s in a good spot heading down to conference, and district.”

“On the boys side, to get where we need to be, we’ve got to get the next three after Rett in the low nineteens,” said coach Wescott.

For the Lady Eagles, Miller clocked a time of 23:01in her 39th-place showing.

“On the girls side, we’re not where we want to be, or where we need to be,” said coach Wescott. “We’ve just got to continue to get better.”

For the Lady Eagles, Ava Young placed second with a time of 25:47, Abby Miller placed fourth in a time of 26:28, and Malea Brewington placed ninth in a time of 30:48 as all three Holden girls runners collected medals at the meet.

The next meet for the Holden cross country runners is the Excelsior Springs Invitational Meet scheduled for Tuesday, October 4. Start time is 4 p.m.