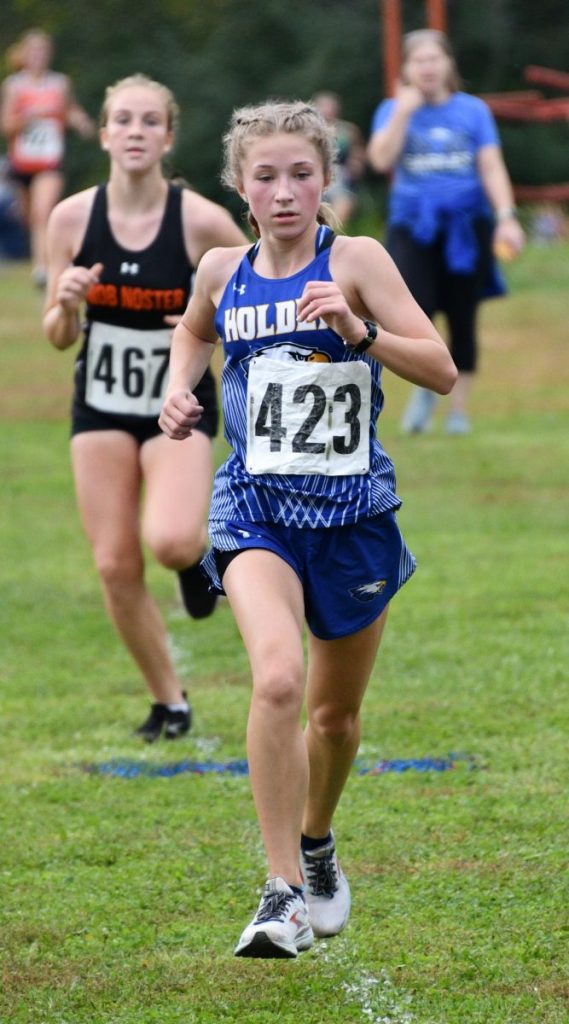 The Holden cross country teams had the opportunity to run against all four of their MRVC-East counterparts, and runners from a half dozen non-conference schools at the Lexington Cross Country Invitational on Saturday, October 9.

“This was a preview for the conference meet,” said Holden cross country head coach Dale Wescott. “It was a good team effort. I thought we did a good job of competing.”

Coach Wescott pointed out that the emergence of junior Zach Willis as the boys team’s number-one runner is a highlight this season.

“Zach continues to challenge himself,” said coach Wescott. “We challenged him to go to the next level. It’s exciting.”

On Saturday, Willis placed second by timing out at 17:59 in the field of 69 finishers.

“Rett continues to improve, and he’s got a good chance at being all-confernce in two weeks,” noted coach Wescott.

Rounding out the boys team’s placings were Brian Johnson in 26th place, Ethan Rice in 30th, Lukas Hunt in 44th, and Jackson Treece in 55th.

Lone Lady Eagles runner Ava Young turned in a fourth-place medal finish by timing out at 23:27.

“We were thinking she was a top-seven, and she got third against the conference girls at the meet on Saturday,” said coach Wescott.