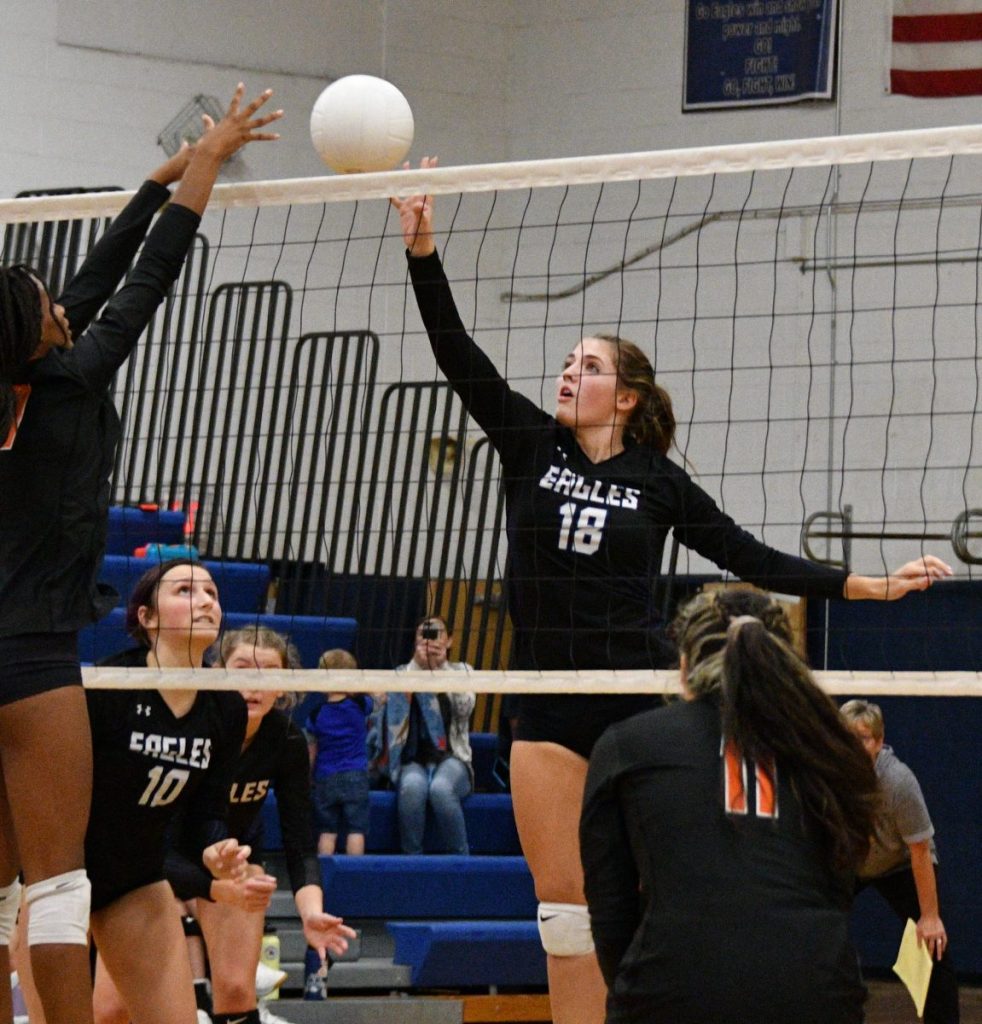 Pushing Past The Panthers… Lady Eagles middle hitter J’Lee Jones (18) pushes the ball past a Knob Noster player during Holden’s 3-1 conference win over the Lady Panthers on Tuesday, September 21. Photo by Steve Edwards

“Great match last night against a good team,” said Holden volleyball head coach Julie Carver. “We missed way too many serves, and that made it a tougher match than it could have been.

“We have to own that, and get that cleaned up.

“I thought overall we played pretty good, and did some really good things in the match.”

Gower led the team in aces with 5, and followed Lohe with 11 kills, and 17 digs.

“Emma and Jaci led us with double digit kills, and that is great,” said coach Carver. “Great conference win as I see that team being among the best in the conference.”

Kalie Slack also contributed multiple aces with 3 for Holden, and had 21 digs.

The Lady Eagles volleyball team ended last week with an overall record of 5-3, and an MRVC-East mark of 3-0.

The Lady Eagles host Richmond this Thursday, September 30 for a C match at 5 p.m., a JV match at 6, and a varsity match at 7.

On Saturday, October 2, Holden plays in the Archie Tournament starting at 9 a.m.