The Holden girls wrestling team defeated the Higginsville girls team by a 12-6 score at Higginsville High School on Tuesday, Jan. 26.

Lady Eagle wrestlers Charlie Gregg at 132 pounds, and Faith Brown at 159 pounds each took wins over their Lady Husker opponents.

The Lady Huskers picked up points in one win by forfeit.

With the victory over Higginsville, the Lady Eagles hold a 20-1 record in dual meet competitions this season. 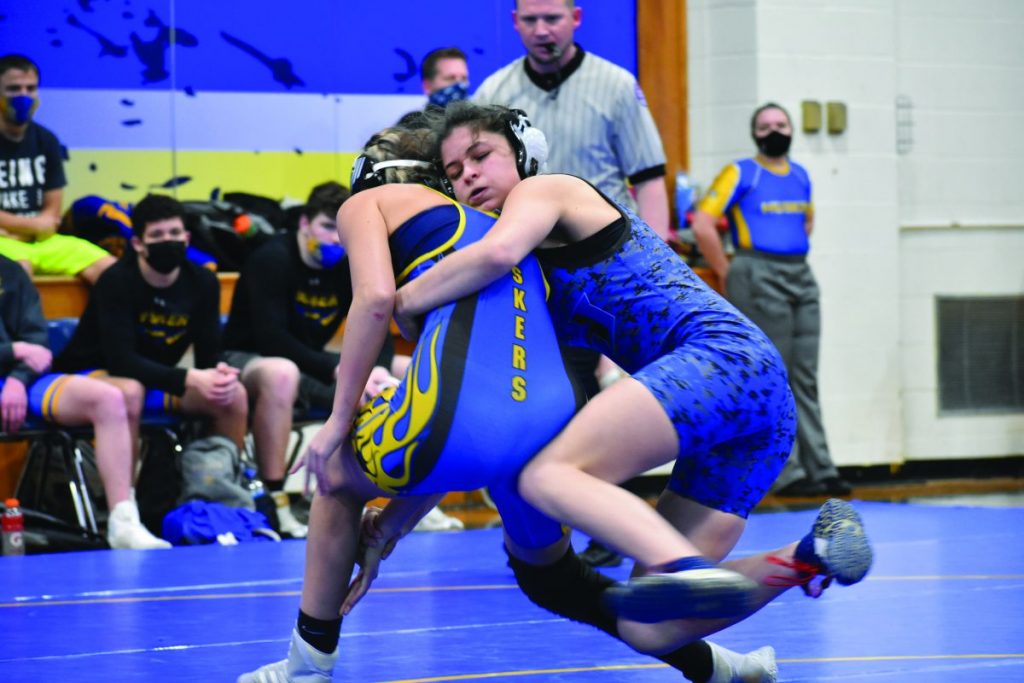 The Holden boys wrestling team fell to the Huskers team by the final score of 54-27.

Panther wrestlers picked up points in three wins by pin, and four wins by forfeit. Versus Lexington The Lexington boys wrestling team edged Holden in a 33-30 win for the Minuteman.