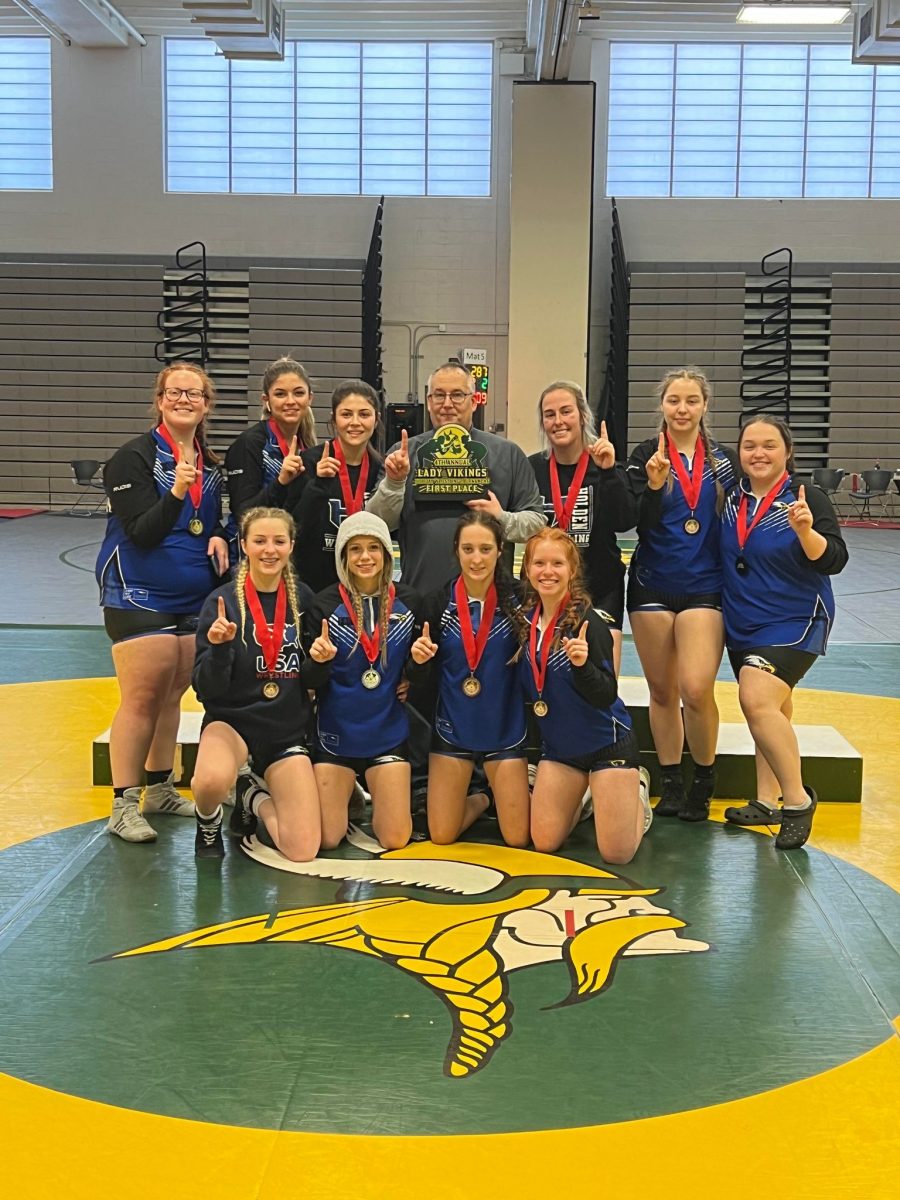 “This was the first team tournament championship for the Lady Eagles,” said Holden girls wrestling coach Ron Franklin. “But as expected, this group of girls is writing the record book as they go throughout the year. We were able to control the Lady Viking Holiday Tournament from start to finish.”

All 10 Lady Eagle team members placed fifth or higher in their weight classes on the day with Aubree Castaneda at 190 pounds, Charlie Gregg at 140 pounds, and Alex VanHooser at 235 pounds all earning individual first-place medals.

Castaneda went 5-0 in the pool match format for the 190-pound weight class with all of Castaneda’s victories coming by way of pin.

Gregg won her semifinal match-up by pin with 19 seconds ticked off the first period clock. She completed her day by pinning El Dorado Springs wrestler Elizabeth Henderson late in the first period of the first-place match.

Tasia Lee in the 135-pound weight class, and Macey Greene at 115 pounds both turned in second-place finishes.

Lee totaled four wins versus one loss on the day with two pool wins, and two bracket wins. Lee won in sudden victory over Buffalo wrestler Aja Watson in the championship semifinals to advance to the first-place match. Lee lost by a 6-3 decision to West Plains wrestler Nikeshia Davis in the first-place match.

Greene bounced back from a first-round pool match loss to record three straight wins. She fell to Jackson wrestler Gracie Metzger by pin in the first-place match.

Haley Brooks in the 110-pound weight class recorded a third-place finish for Holden. Brooks ended the tournament with a record of 4-1 on the day. She defeated Windsor wrestler Lily Pauley in a 6-3 decision to close out her tournament with the third-place victory.

Adasyn Yoder at 120 pounds, and MaReya May at 125 pounds both placed fourth at the tournament.

Jordan Sylvester in the 170-pound weight class, and Lilly Guinn at 235 pounds each placed fifth as all 10 Lady Eagles wrestlers earned medal placings.

“It was well worth the trip to Springfield,” said coach Franklin. “We were able to see nine district teams. Five of those teams we would not have come across unless we went to that tournament.

“We had an incredible first half of the season,” added coach Franklin with the tournament at Parkview representing the virtual halfway point of the season. “When I began the year, I told the girls I was revamping the schedule, and we were going to seek out the best competition and find our district opponents. We made it a focus this year to set individual and team goals throughout the season. The girls did very well on individual goals in December, and then will develop new goals for January.

They develop areas they want to improve on. I am proud of the girls for their effort, and development.” 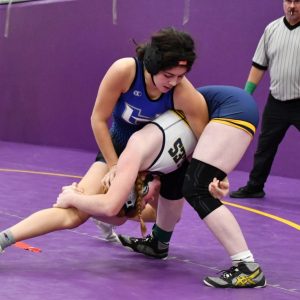