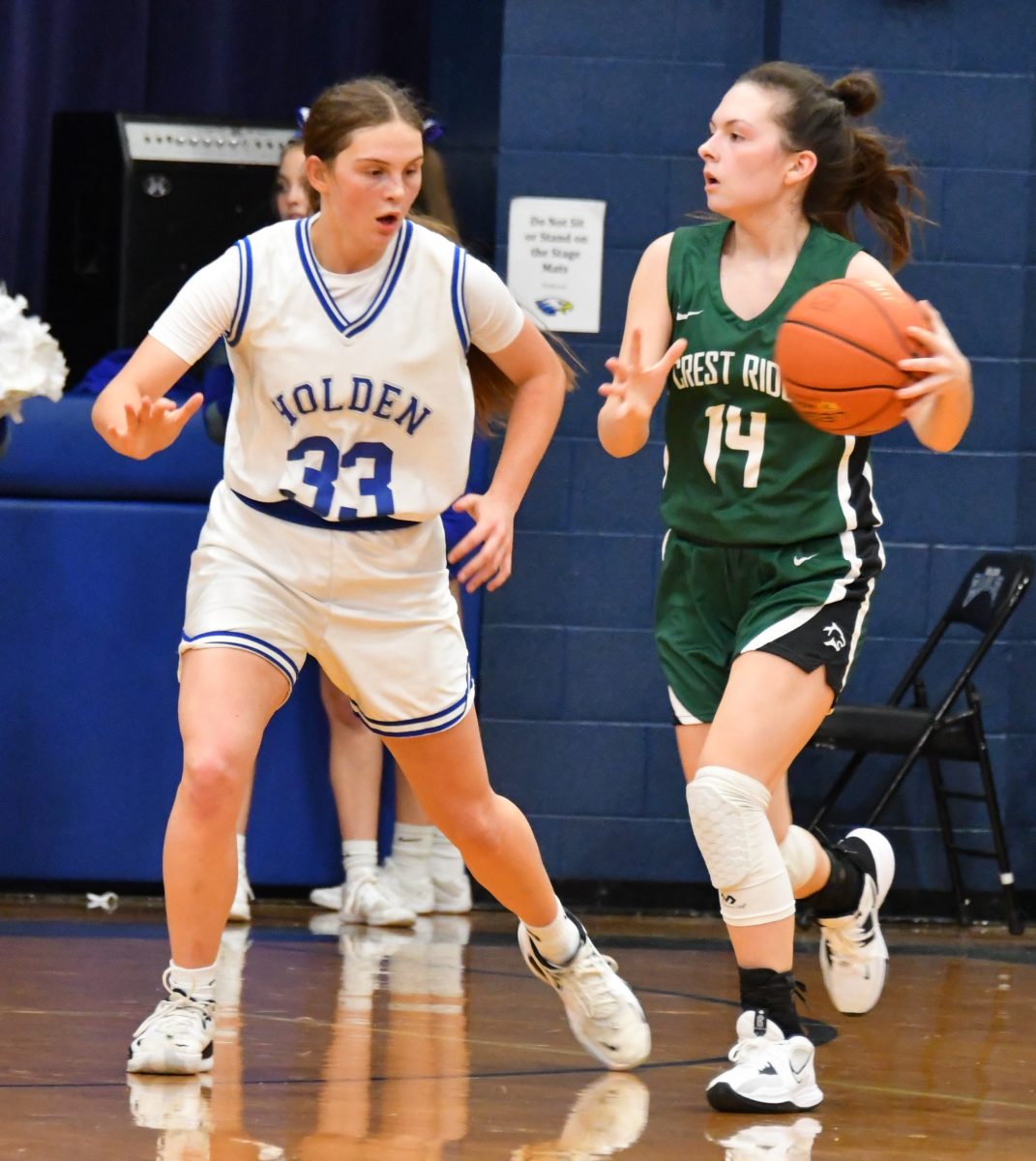 The Holden girls basketball team won its home opener by defeating Crest Ridge by the final score of 38-24 on Thursday, Dec. 1.

“The first play of the game was basically a play to get Millie open for a three,” said coach Kiger. “I did that because she didn’t score in the game before. I wanted her to know that I had confidence in her.”

As Holden added 12 points in the second quarter, a strong first half defensive effort displayed by the Lady Eagles allowed the home team to work to a 28-9 advantage at halftime.

Holden weathered a 15-10 scoring edge posted by the Lady Cougars in the second half.

“The reason we scored was because we shared the ball,” noted Kiger. “Then, you look at we were eight-of-23 from the free throw line. That’s a killer. We’ve just to got to be better at that. It was a tale of two halves.”

“I can’t say enough about our defense on Karley Swope,” said coach Kiger. “Karley Swope has turned herself into a fantastic player. We only gave up one three (to her). It was a fantastic shot by her. I also wanted to frustrate Cat (Baker) because she’s their point guard. I think our strength is our defense. I’m pleased. Any time you can give up only 24 points, you’re going to win a lot of ballgames.”

This Friday, the Holden girls basketball team hosts Pleasant Hill for a JV game at 5:30 p.m., and a varsity contest at 7.