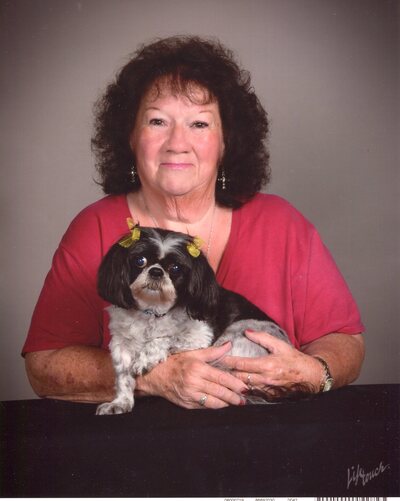 Norma L. Jacobs, 75 of Grandview, Missouri formerly of Holden passed away on Friday, November 25, 2022 at home in Grandview.

Norma was born July 28, 1947 in Clinton, Missouri the daughter of LeRoy and Elnora (Jarvis) Huff. She and her family resided in Sweet Springs for a time prior to moving to Holden, where she graduated from high school, Class of 65. She married Larry R. Warren in 1966. She married Willie Rayburn, Sr. on August 21, 1975 and he preceded her in death on March 16, 1993. She married John R. Jacobs on July 17, 2000 in Lincoln, Missouri and he preceded her in death on January 27, 2008. Norma moved from Holden to Pleasant Hill in 2010 and had resided in Grandview since 2019. For many years, she worked at Rival Manufacturing. Prior to Rival, she worked at Royal Industry and did local greenhouse work.

She loved baking, cooking, sewing and her flower beds/gardens and all animals. Every year, she would bake many special goodies for the holidays that everyone and anyone who’d tried them looked forward to getting year after year. She enjoyed her time spent with friends and family, especially her children, grandchildren and grand fur babies. Norma also loved cheering on the Kansas City Chiefs, listening to country music, new and old and traveling around Missouri listening to friends play live music until she no longer felt safe driving. Norma was a long time member of Forward Community Church and in July of 2013, she publicly re-dedicated her life to Christ.

Funeral Service will be 11:00 a.m. Saturday, December 3rd at Forward Community Church in Holden with Pastor Dexter Snyder officiating. Interment will follow at the Holden Cemetery.

The family will receive friends, one hour prior to service, Saturday at the church.
Arrangements entrusted to Williams Funeral Chapel in Holden.

Memorial Contributions are suggested to the family in care of the funeral home.
Online condolences may be left at www.williamsfuneralchapel.net