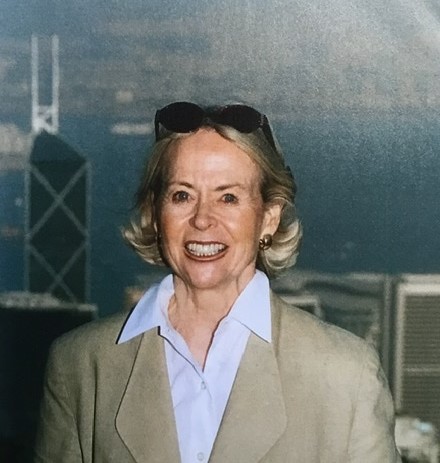 Doris’ parents lived in Kingsville, MO for 17 years until the death of her father in 1950. Doris’ mother then moved to Holden, MO, where Doris continued school and graduated high school.

Ms. Gardner became associated with the federal government after she graduated from the University of Kansas in 1961 with a degree in business education. She served in a variety of posts over the years including as an aide to Secretary of State, George P. Shultz.

A funeral service will be held Friday December 2, 2022, at 10:30 AM, at Campbell-Cast Funeral Home, 407 S. Pine St., Holden, Missouri, 64040 with Warren Stowell officiating. Interment will follow at Fairview Cemetery in Holden.

In lieu of flowers family asks donations to be made to Bright Futures (Holden School District) or Holden Community of Christ Church in Doris’ name.