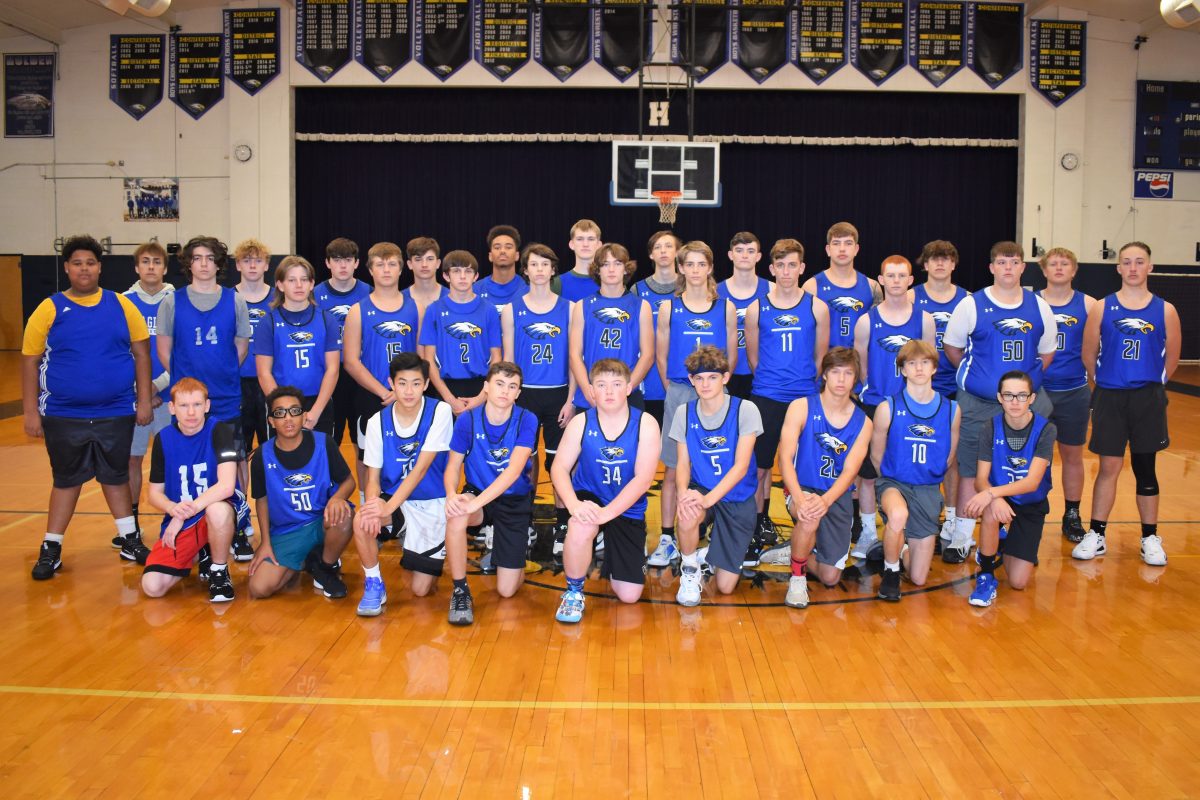 The Holden high school boys basketball team is scheduled to begin the upcoming season with a game on the road at Sherwood on Tuesday, Nov. 29.

The Eagles will look to improve upon last year’s record which stood at 6-20 at the end of the season with no wins collected in conference play.

“I am hopeful that we can be a team that plays physical, and competes hard, especially on the defensive side of the floor while having multiple guys contribute on the offensive side of the floor,” says Holden boys basketball head coach Nathan Martin.
Gone from last year’s team due to graduation are Hunter Higgins, Jarrin Brown, and Jacob Daniels. Higgins and Brown were regular varsity starters.

“I am hopeful that our returners will be able to help us improve off of last year,” says coach Martin.

Identifying starters for the upcoming season has been delayed due to the high school football team earning a spot in a state playoffs. Assistant coaches Griffin Keller in his second season, and Trent Pritchard, are aiding coach Martin in evaluating this year’s talent pool.
“We do not have a starting five yet since our football team is still playing,” noted coach Martin last week. “We have not had a practice with everyone here.”

The absence of the players who will return now that the football season is over allowed players untested in varsity games to get an opportunity to play in the KC Lutheran High School jamboree which Holden took part in on Thursday, Nov. 17.

Coach Martin has this year’s goals outlined entering the season as this year’s team will look to improve last season’s showing in which Holden posted 46 points per game on offense, while allowing 64 ppg.

“On the offensive side, we will really need to share the ball, and not pass up open shots when we get them,” says coach Martin. “We are going to need offensive production from guys like Aiden, Josh, and Tyler. Aiden had a really good sophomore season averaging 16 points, and 10 rebounds a game. Hopefully, he can improve off of last season.

“Josh and Tyler will need to help us finishing around the basket. Both guys have decent size, and are good athletes. We are counting on all of our players being threats, and ready to shoot when they enter the game.”

Holden’s defense will look to disrupt opposing offenses, and win the rebounding battle.

“On defense, we will have to be comfortable leaving our guys to help, and finishing possessions with box outs,” describes coach Martin. “Reco was a good on-ball defender, as well as a team defender for us last year. He does a really good job of communicating, and helping on the backside of our defense. I am also hopeful guys like Wyatt and Aiden can continue to get better on the defensive side of the floor.

Wyatt can be disruptive as an on-ball defender, and Aiden does a good job of getting to the right spots on the backside of the defense.”
The outlook of this year’s team is dependent upon the key returning players as they are joined by incoming contributors.

“I am hopeful we can improve off of last year,” says coach Martin. “We are bringing back a decent amount of guys with varsity experience. We also have some underclassmen that will get some playing time, and hopefully make a positive impact.

“I’m excited about some of the changes that we are going to make on the offensive and defensive sides of the floor,” summarizes coach Martin. “Hopefully, these changes will give the guys more confidence, and will lead to more success.”

The first home game for the Holden boys basketball team is scheduled for Wednesday, November 30, when the Eagles host Concordia in a make-up game. The JV game starts at 5 p.m. The varsity game follows the JV game with an approximate start time of 6:30.