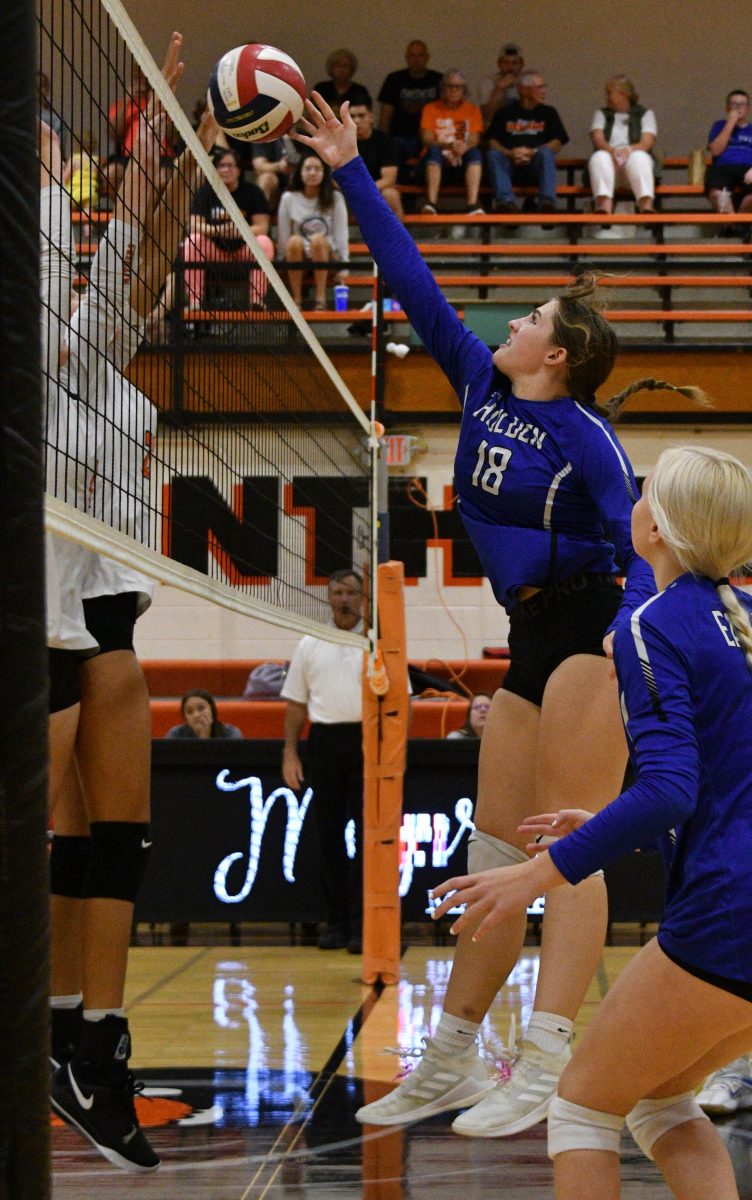 Pushing Against The Panthers…  Lady Eagle middle hitter J’Lee Jones (18) attacks at the net during the first set of Holden’s 3-1 road win over Knob Noster on Tuesday, September 20. Photo by Steve Edwards

“Knob Noster was a well-rounded opponent,” said Holden volleyball head coach Tori Florence. “The team mainly focused on passing to allow our hitters an opportunity to get attacks. Alex West had two blocks that were exciting for the team, as well as her and Jaci Gower having three aces.

“We executed in putting the ball down with tips and kills. It was an exciting game to be a part of, and I look forward to seeing how we play against them later on.”

Versus Knob Noster, Jaci Gower had a team-high 25 digs, and led Holden in kills with 8, to go with her 3 aces. Tristyn Powell had a team-high 9 assists. West and J’Lee Jones each totaled 7 kills.

“We came out playing slow, but then once we got into the groove, we were able to execute some really nice plays,” said coach Florence. “Izzy Guinn had a great defensive game, leading with 13 digs.”

After last week’s two conference wins, the Holden volleyball team held an overall record of 6-2, and stood at 3-0 in MRVC-East play.

Results from Holden’s home match against conference opponent Higginsville were not available at press time.

This Thursday, September 29, the Lady Eagles volleyball team travels to Richmond for a conference match-up. The JV match starts at 5 p.m., and is followed by the varsity contest.