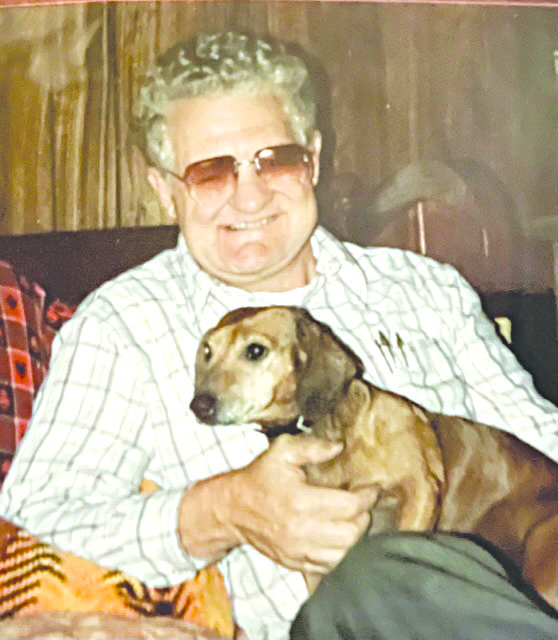 John H. Ferguson, 87, of Kingsville, Missouri, departed this life on September 20, 2022, at the VA Hospital in Kansas City Missouri.

“Honest John” as he was best known, was born Wednesday, November 7, 1934, as the only child of Horace and Dessie (Carr) Ferguson in Kansas City, Missouri.

He lived in several places including Twin Falls, Idaho and Wasco, California before settling in Kingsville in 1947.

John graduated from Kingsville High School in 1953. “Honest John” farmed and traded cattle
until 1958 when he enlisted in the United States Army. He was stationed at
Fort Bragg, North Carolina and in his final year of deployment was stationed in Augsburg, Germany as a Military Draftsman.

In 1959, while in Germany, he married Rosa Strobel and upon his honorable discharge they moved to the family farm to start their own family.

Together they raised two sons, Johnny and Bob, on their farm where they raised cattle and other livestock.

In 1965 John bought Sechrest Implement on 2nd St. in Holden from Merrill Sechrest. John and his family ran the business which was renamed Ferguson Farm Supplies until 1985. They sold a variety of farm supplies and equipment and served the community of Holden until John moved the business to the farm.

In 1982-1985 John and his son Johnny built a 9-Hole golf course on 58 Highway between Holden and Kingsville that they named “Green Hills Golf Course.” They operated it until 1993 and they sold out to return to farming full-time.

John farmed with his sons and grandsons, raising cattle and keeping up with day-to-day farm duties until his passing.

John never knew a stranger and he was always on the watch to sell anything. He was known to trade for anything, including trading a used farm tractor for nine head of cattle, a shotgun and a bird dog.

His permanent number 890 at Kingsville Livestock Auction will now forever be silent.

John will be greatly missed by all who knew and loved him.

John was preceded in death by his parents, Horace and Dessie Ferguson, and his loving wife Rosa.

A visitation for family and friends was held at Campbell-Cast Funeral Home in Holden, Missouri on Saturday September 24, 2022, with funeral service to following at the funeral home with CF Hackett officiating.

Military Honors was presented at Wesley Chapel Cemetery in Holden with interment following.

In Lieu Of Flowers the family suggests donating to Alcoholics Anonymous. Online condolences may be left to the family at www.castfuneralhome.com.