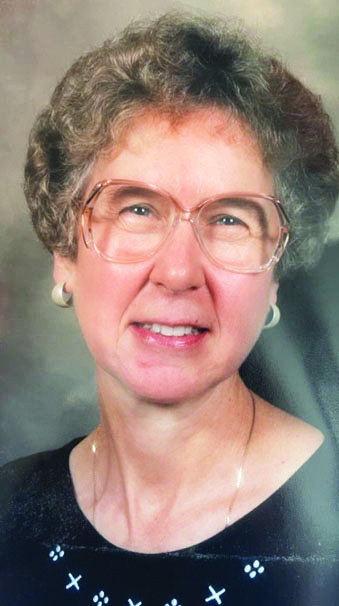 Carolyn was born on Sunday, April 9, 1933, in Columbia, Missouri to Edgar and Evangline (Thornton) Barnhart.

She graduated from Hickman High School in Columbia and attended Christian College there before finishing her education degree at CMSU in Warrensburg.

She taught for the Kingsville School District for three years until coming to Holden Elementary where she stayed for 25+ years until her retirement.

Carolyn and Kerry raised three wonderful sons in Holden while both teaching for the district.

Upon retirement the two decided to become snowbirds and escaped to warmer weather every winter.

Carolyn was a lifelong member of the First Baptist Church of Holden.

She was also a member of the Holden Teachers Association, PEO and Shakespeare Club.

Carolyn loved to play cards, bridge being her favorite.

She passed the time by knitting, cross-stitching and crocheting.

Carolyn was a kind, loving woman and was loved by many and will be deeply missed.

There are no services planned at this time.