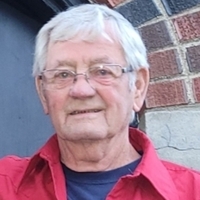 He attended schools in Buchner, Missouri. He was united in marriage to Edna Ann Durand on January 20, 1990 in Oak Grove. The couple made their home in Oak Grove prior to moving to Chilhowee in 1990.

Tom was a rock quarry heavy equipment operator. He worked several years with Pink Hill Rock Quarry, and later, Hilty Rock Quarry, from which he retired in 2012.

Tom’s interests included antique cars and muscle cars. He rebuilt cars in his garage, where he could often be found. He also took great pride in his yard work.

The family will receive friends, one hour prior to service, Thursday at the funeral chapel.

Memorial: Contributions are suggested to the Chilhowee Cemetery Assoc.