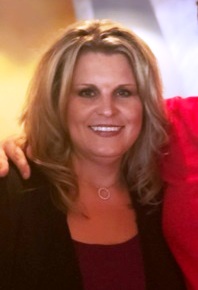 Rebecca Ellen “Becca” Ayler, 49, of Holden, Missouri, passed away Sunday, May 15, 2022 at her home following an extended illness.

Becca was born November 16, 1972 in Chicago, Illinois, the daughter of John J. Dana and Judy A. (Gordon) Dana.

She graduated from Homewood Flossmoor High School in Homewood, Illinois.

She was a branch manager with Bank of America for several years, continuing until 2012.

Becca was united in marriage to Chad Nicholas Ayler on October 30, 2017 in Markham, Illinois.

She also loved riding across the countryside with Chad on their Polaris Ranger.

She was preceded in death by her parents.

A Graveside Service will be held at 11 a.m. Friday, May 20, at Rosehill Cemetery near Latour, with Mark Richmond officiating.

The family will receive friends from 9:30 to 10:30 a.m. Friday at Williams Funeral Chapel in Holden.

Memorial contributions are suggested to the American Humane Society.