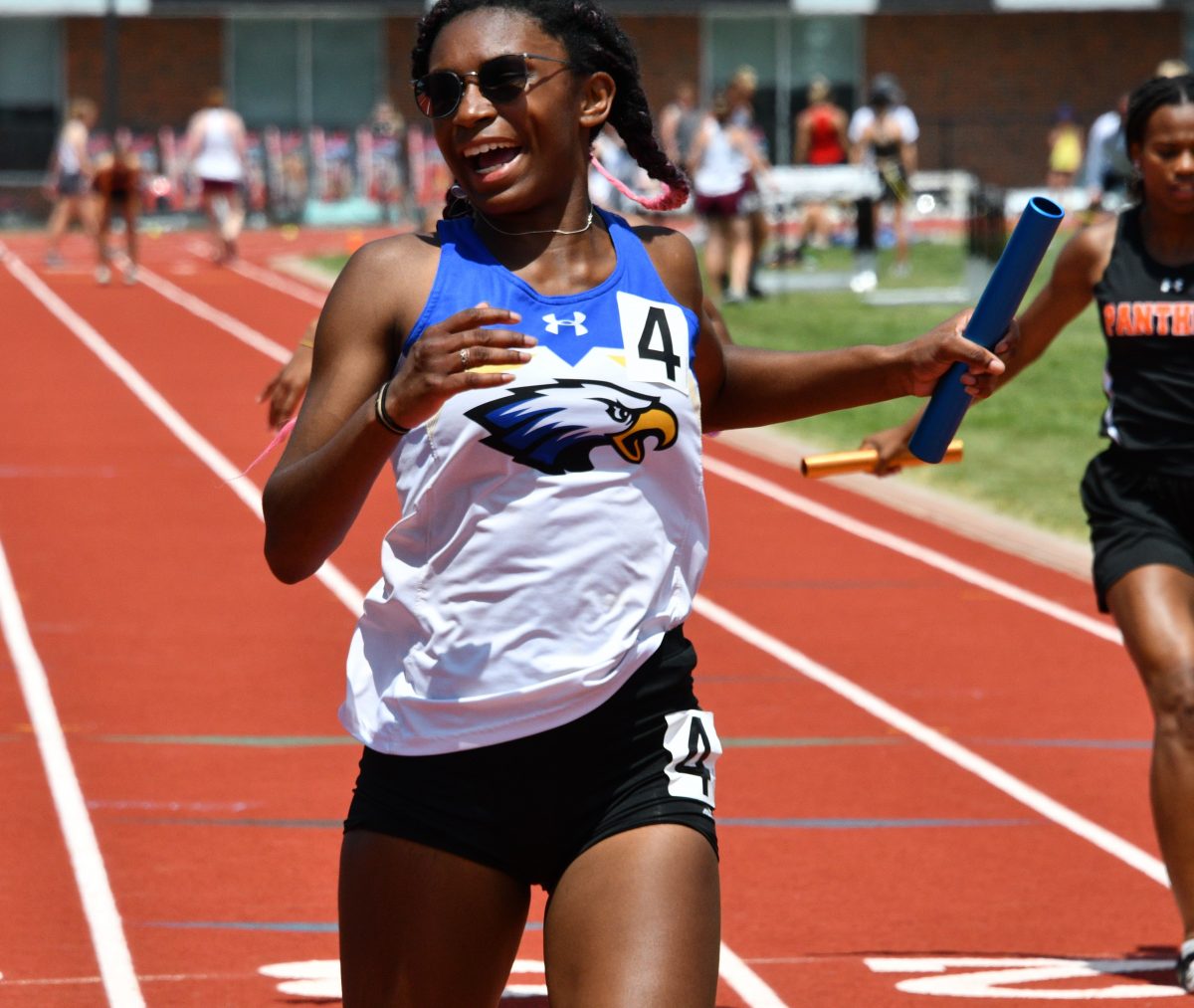 Four Event Qualifier… Lady Eagle freshman Kia Harmon crosses the finish line on the anchor leg of Holden’s second-place 4x100m relay team at the Class 3, District 7 Track and Field Meet. In individual events, Harmon placed second in the long jump, and third in both the high jump, and the 100m dash to qualify for the sectional meet in four events with top-four placings at the district meet. Photo by Steve Edwards

The Holden Lady Eagles track and field team emerged from the Class 3, District 7 Meet held at Dallas County School District in Buffalo as the third-place team on Saturday, May 14.