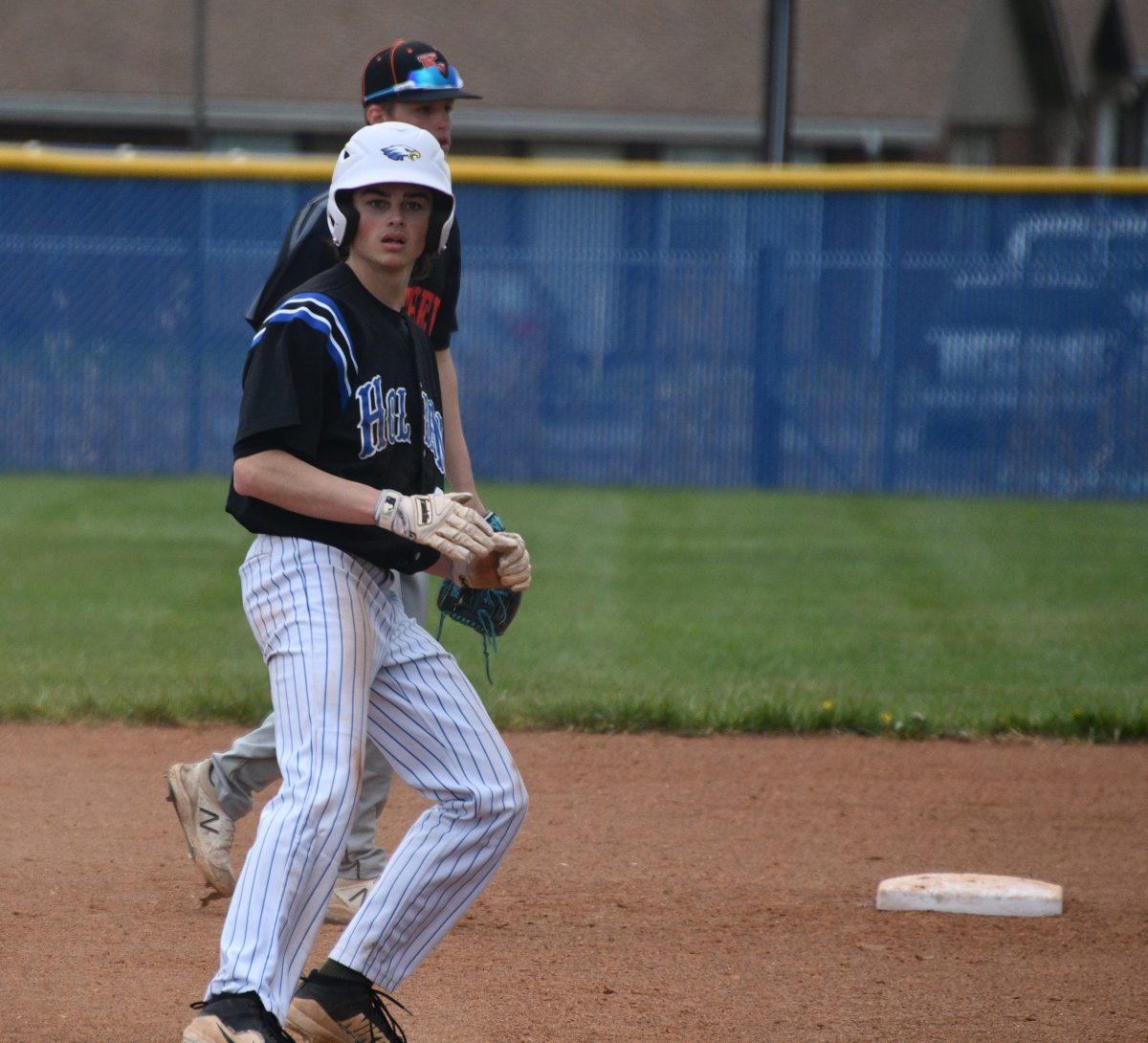 Winning Run… Eagle right fielder Justin Radunsky leads off at second base during the sixth inning of Holden’s home game against Knob Noster on Thursday, April 21. After advancing to third base, Radunsky scored on a passed ball for Holden’s lone run in a 1-0 conference win over the Panthers. Photo by Steve Edwards

The lone run in Holden’s home game against Knob Noster on Thursday, April 21 arrived in the sixth inning, and delivered to the Eagles a 1-0 conference win over the Panthers.
After starting Eagle starting pitcher Garrett Smith, and Panther starter Trey Payne kept zeros on the scoreboard through five and a half innings, Holden right fielder Justin Radunsky moved around the bases in the bottom of the sixth inning to cross the plate for the winning run.
“It was a very well-pitched, and defensive game on both sides,” said Holden baseball coach Charlie Castle.
Radunsky drew a walk to start the sixth inning.
Carson Gard followed Radunsky, and reached base safely on a bunt to put two runners on.
A fielder’s choice on a ground ball by Garrett Smith moved Radunsky to third base.
On a passed ball pitched by Payne, Radunsky raced home for the deciding run.
Smith pitched for the win. In six shutout innings he allowed six hits, no walks, and recorded six strikeouts.
Pitching in one inning of relief, Aiden Morarity coaxed two ground balls to second baseman Lane Siemer for outs, and dialed up a strikeout to end the game.
Gard finished with Holden’s only two hits in the game.
Posted in Sports