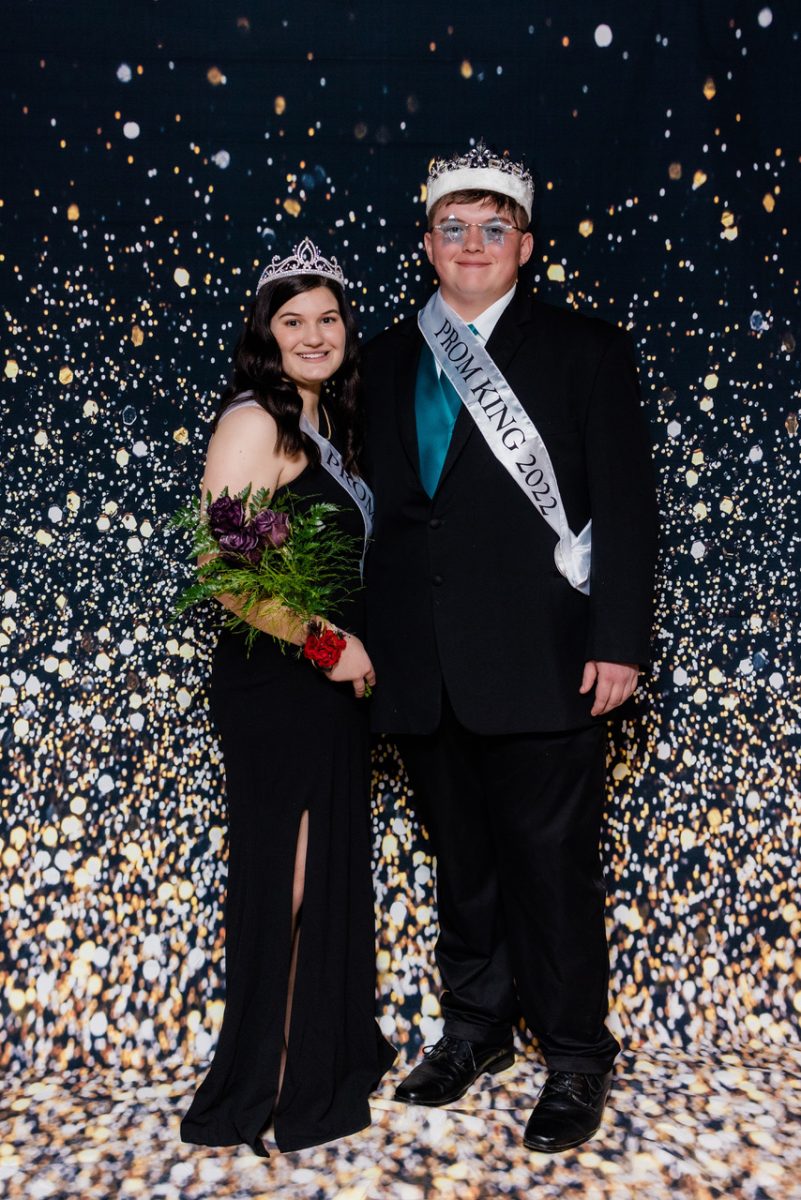 A “Night of Royalty” junior-senior prom was held April 9 at Elysian Fields. The coronation revealed the king and queen. They are Elizabeth Wakeman, queen and Chance Agcopra, king. Photo by Staci Dabney

The Royal Prom was decorated in purple, gold and silver, with deep purple roses.

The Junior Class sponsored the HHS Junior-Senior Prom. Co-sponsors for the event were Jennifer Edgar and Ashley Perman.

Leading up to Prom, the high school held a spirit week, which included their following: Monday was PJ Day; Tuesday – Twin Tuesday; Wednesday – Thursday – Throwback Thursday – Dress as a Decade; and Friday – Dress Like Royalty. Teachers nominated seniors to be king and queen candidates.

Once it was narrowed down to three king candidates and three queen candidates, students voted for their king and queen as they entered prom.

Crowning of royalty was announced near the end of the dance.

In addition, students voted for their peers in other competitions.

The winners were announced, along with the crowning of the royalty and are as follows: Best Dress – Jordan Sylvester; Best Tuxedo – Logan Yoder; Most Creative Dress – Sahara Tjardes; Most Creative Tuxedo – Jesse Flaspohler; Overall Best Dancer – Austin Lailer; Cutest Couple – Keegan Daniel and Delaney Barker. The D.J. for the night was Greg McQuade from Party It Up Entertainment.

It was a magical night and one students won’t soon forget!