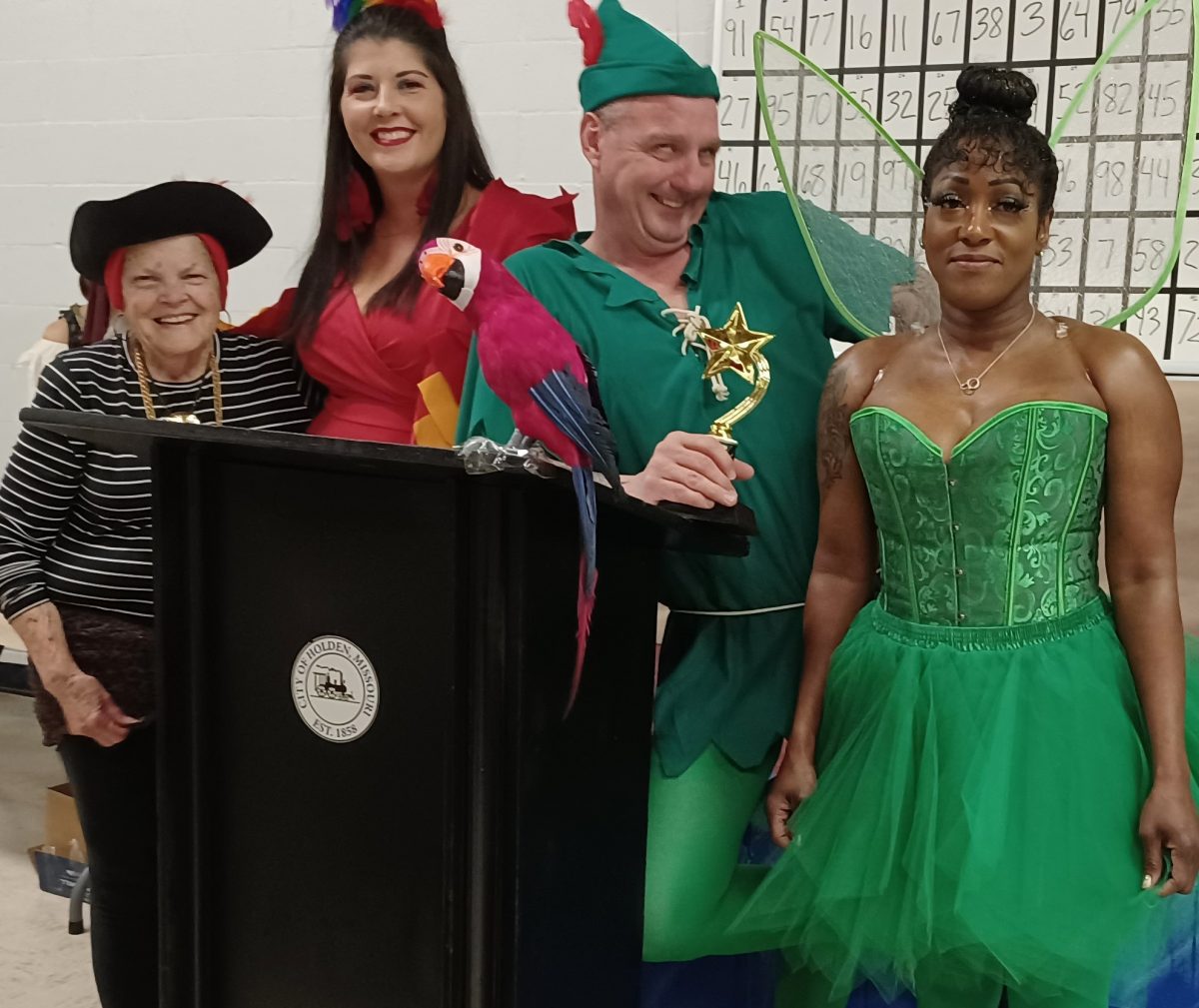 Creative Costumes Rewarded!… The 10th Annual Luck of the Draw was held April 2 and boasted a packed house! The event had a pirate theme and those attending were encouraged to dress like a pirate on the high seas. A costume contest was held to reward creativity. Pictured are winners of the costume contest – left to right, Bev Lory, first place; Jen Gavoli, second place; and Don and Camilla Johnson, third place. Photo Submitted

Nearly 200 local residents attended the 10th Annual Luck of the Draw dinner last Saturday evening, which was held at the Hallar Building.

The popular event is a fundraiser for the Holden Area Chamber of Commerce, and is the group’s biggest fundraiser of the year.

Proceeds from the evening will go toward the yearly $1,000 Chamber of Commerce Scholarships, which are awarded to Holden and Kingsville graduating seniors each May.

Also, additional funds raised will go toward community betterment and beautification programs, according to Chamber members.

As “luck would have it,” everyone attending the exciting event won a fabulous prize, all of which were donated by area merchants.

Since prizes were awarded all night, the last five, whose names hadn’t yet been called, stood anxiously waiting to hear what they won.

Finally, the last few lucky entries were called and the results were – Lucky Grand Prize winners – Tyler and Valerie Davis – winning the $2,500!

The theme for the action-packed night was a ”Pirate” theme and those attending were encouraged to dress up in attire influenced by the “high seas” theme.

A costume contest was held during the evening’s festivities.

The menu offered shrimp and chicken, or sausage and chicken gumbo, and they were served with rice and cheese biscuits.

A delectable dessert accompanying the meal was Dirt Cake, with gold and silver Oreo cookie “coins.”

Everyone had plenty to eat and drink (perhaps some of that island rum was flowing!), and each couple won a prize!

Chamber organizers say, “The event could not have happened without so many wonderful volunteers!” The Chamber wishes to thank community members for attending and playing along, all of the merchants who donated prizes so everyone could win something, and all those volunteers whose hard work paid off – as the evening was a resounding success!