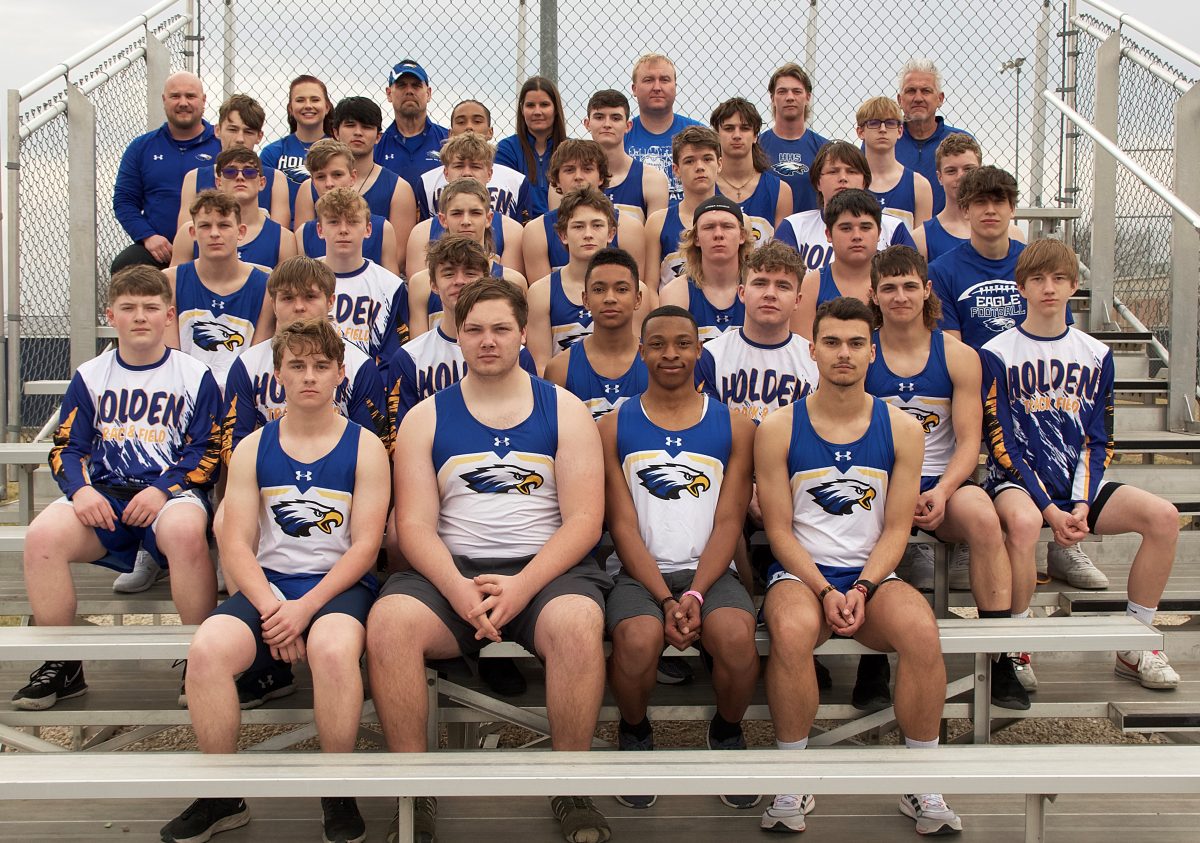 Three team members advanced to the sectional track meet last season, and return this year to a team that boasts a roster of 31 members.
Preseason practices began under clear blue skies, and moderate temperatures with a slight road bump last week due to a snowstorm.

“The first week was great, because we were able to get outside, and start getting athletes’ legs undearneath them with good outdoor work,” said coach Diener. “Track shape is different shape than what these athletes have been used to with winter sports, so we had a good chance to get a lot of athletes work that can only be replicated on the track itself, and not in hallways. It has also allowed for our throwers to get a jump start as we had many PRs (personal records) in just the opening practice throws.”

Missing from this year’s the team due to graduation is Tanner Atkins who competed in middle distance races, and jumping events last year.

Seniors stepping up to serve as team elders this season include Garrett Abel, Wyatt Doutt, Brian Johnson, and Michael Rinella.
Johnson earned a fourth-place all-district finish in the 400m dash last year to advance to the sectional meet where he placed seventh.
Rinella is coming off of a cross country season in which he earned a top-10 all-conference medal.

Junior Tyler Hankins returns after competing at the sectional meet in the pole vault last season.

Junior Zach Willis returns for his junior season after turning in a PR time for a sixth-place finish in the 3200m run at last year’s district meet. This past fall, Willis won the individual championship at the MRVC-East cross country meet, and qualified for the cross country state meet.

“Junior Zach Willis and freshman Rett Hankins are coming off of a state-qualifying cross country season. That will put competitive times down in the 1600 meters, and the 3200 meters. Michael Rinella is off to a great first week with some good 400, and 800 workout times,” continued coach Diener. “Masyn Powell and Danny Mailath are going to be good hurdlers this year. Tyler Hankins will be a competitor at pole vault, and then we have a strong group of throwers led by senior Garrett Abel and junior Keygin Orcutt.”

A large group of 15 fledgling freshmen join the track and field nest this season.

Former head coach Spencer Gudde, who guided the Holden high school track and field teams for nine seasons returns this year as an assistant coach, and will work with the hurdlers as he is in the midst of his second school year serving as the Holden R-3 Activities Director.

Coach Diener likes the group of collective talent on this year’s track and field team, and looks forward to the process of developing that talent.

“What is exciting to me this most is to see the team progress throughout the season,” says coach Diener. “There are many returners that have experienced success who will be supported by some young talented sophomores and freshmen, in both the girls and guys events. I think that once we have had some meets, and athletes really find how they fit to help our team the best, we will have a competitive overall team.”

The first meet for the Holden high school track and field teams is set for this coming Monday, March 21 when the teams will compete at the UCM Indoor Relays in Warrensburg.