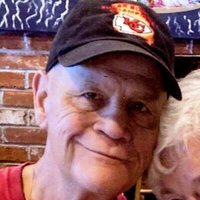 Due to his father’s military career, he resided in Kansas, Alaska and California before returning to Kansas.

Mike graduated from Holden High School, Class of ’69. He served in the United States Air Force and later, the Army National Guard.

He was employed at the VA Hospital in Kansas City for many years.

Mike was a history buff.

He was preceded in death by parents.

There will be a private Celebration of Life service scheduled at a later date.

Interment will be at Medford Cemetery, south of Holden.