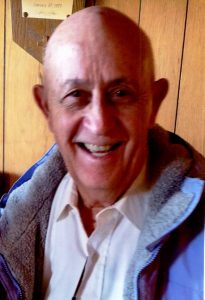 He graduated from William Chrisman High School in Independence, and shortly thereafter, enlisted in the United States Air Force.

He was united in marriage to Marie Katherine Bircher on May 28, 1955 in Parsons, Kansas.

The couple made their home north of Odessa for 18 years.

Stanley had resided in Independence for the past 12 years.

He was a sheet metal worker with TWA Airlines for several years.

In 1957, he graduated from Bethesda Bible Institute in Portland, Oregon.

He pastored at Grace Pentecostal Church in Stillwater, Kansas for several years.

He was preceded in death by his loving wife of 60 years, Marie, in 2016; two daughters, Rose Marie Hackett and Dora Mae Brown; and son, Ira “Sanford” Johnson.

Interment will follow at Pisgah Cemetery, north of Chilhowee.

Visitation – the family will receive friends, one hour prior to service, Friday, at the funeral home.