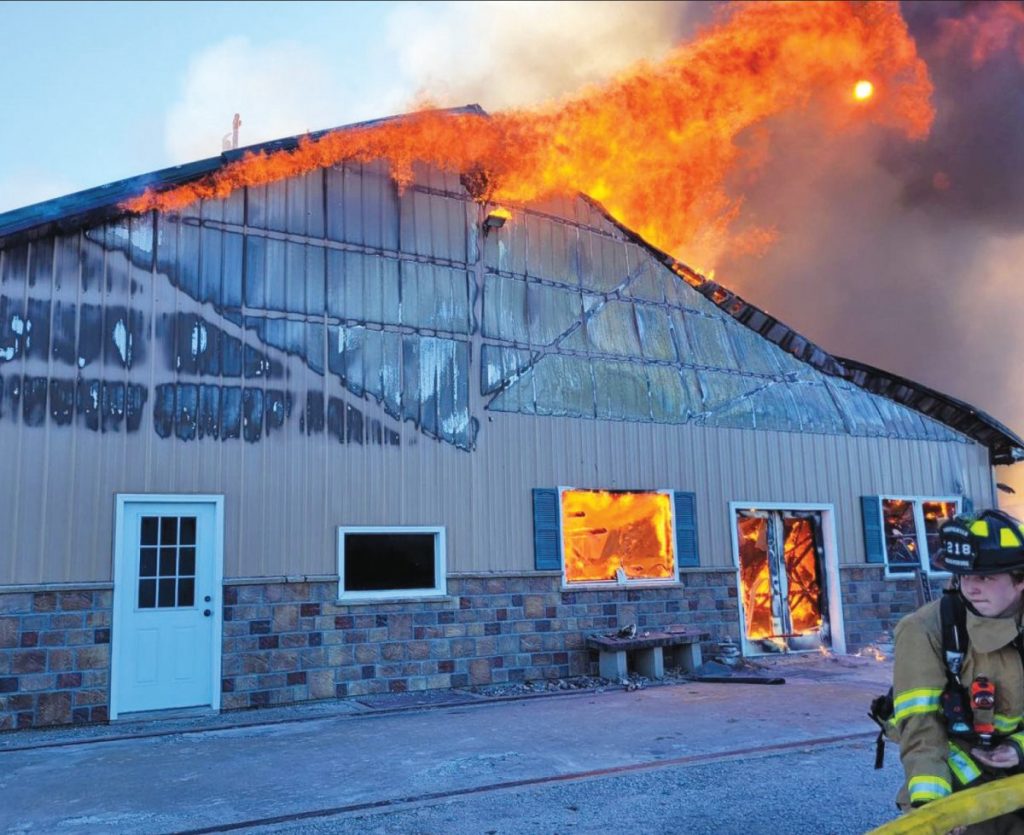 A local business, located on 50 Highway just west of Warrensburg, was a total loss due to a devastating fire that fully engulfed the business last Friday morning.

Wildscapes – a masonry, landscape, fireplace and building supply business housed in a nearly 100-year-old building, erupted in flames at 9:45 a.m. on Friday, January 28.

Firefighters from Johnson County Fire Protection District (JCFPD) arrived on the scene four minutes after being dispatched and found the structure fully engulfed in the inferno.

Flames quickly spread into the median and into a nearby field on the opposite side of the divided highway, due to the high winds and dry weather conditions.

A power pole, located on the south side of the highway, also caught fire and burned.

There were two additional buildings belonging to Wildscapes on the property, and they were not damaged.

Initially, four local JCFPD stations were assigned to the battle the blaze. Mutual Aid was also received from the Warrensburg Fire Department, who responded with their ladder truck, as well as Johnson County Fire Protection District #2, who responded with a tanker to assist with hauling water to the scene.

“We quickly depleted the resources of one-third of our District,” said JCFPD Captain Joe Jennings. “Two of our stations from Warrensburg