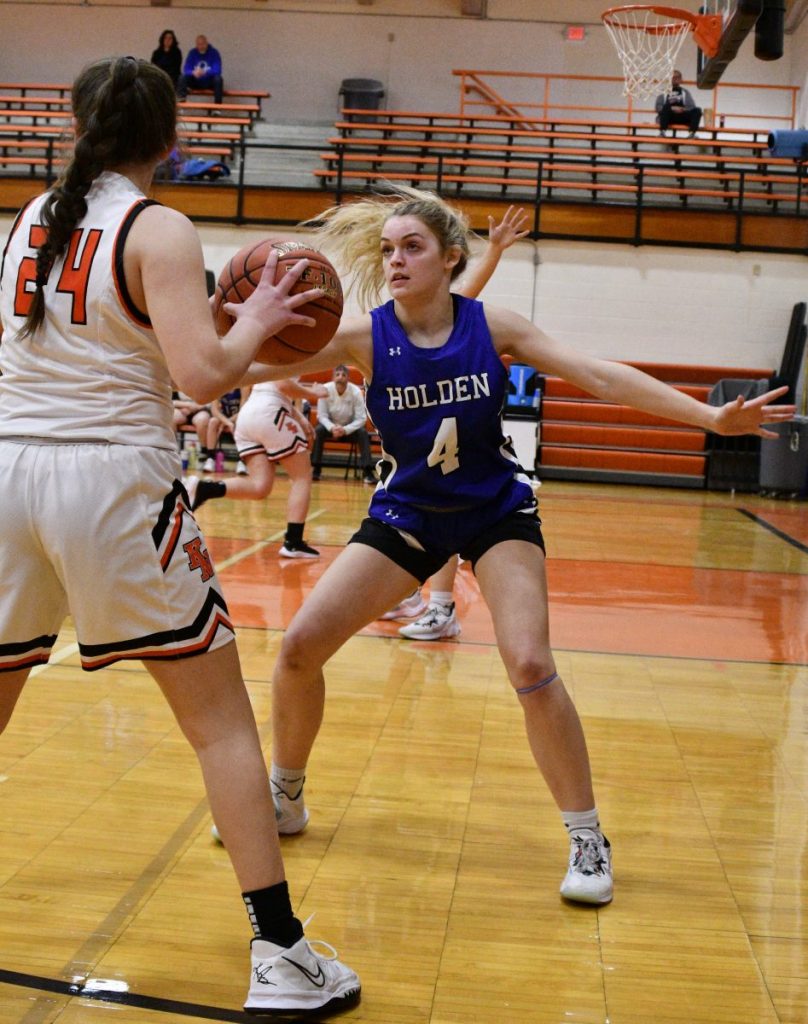 Playing on the road, the Holden girls basketball team defeated Knob Noster by the final score of 45-34 on Thursday, Jan. 13. “It felt like we came out a little sluggish,” said Holden coach Ben Kiger. “Then, we came out in the second quarter, and Liz (Stout) had a good quarter.

It was good to see her getting some double digits.” Stout scored six points in the second quarter on her way to a team-high 14 points.

A three-point basket by Lady Eagle forward Marah Klover pushed Holden to an 18-9 lead late in the second quarter.

“Marah hits a three,” noted coach Kiger. “That was a huge three in the second quarter.”

Also in the second quarter, senior guard Kalie Slack was lost for the remainder of the game with an injury after the team started the contest shorthanded with junior Alli Iles out. “That’s been the story of our year,” said coach Kiger of the changing lineups from game to game. “We’re going to be without Alli for awhile. We got Millie (Davidson) back. I thought we struggled to get through this kind of stuff last year, but this year we seem to be doing a little bit better.”