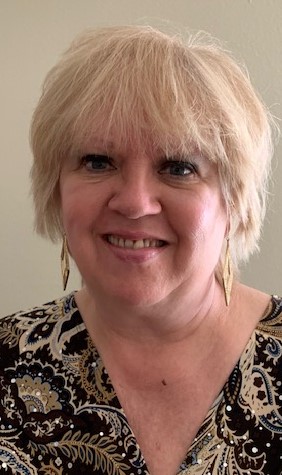 She was born September 6, 1959 in Kansas City, the daughter of Donald “Pete” and Judy (Smith) Kephart.

Denise was a graduate of Holden High School, Class of 1977.

She went on to further her education at Central Missouri State University, obtaining her bachelor’s degree in safety.

In previous years, she worked for JC Penney and also Lowe’s Home Improvement, in the safety department.

More recently, she found her calling as a caregiver to many clients who needed in-home care.

Her compassionate and loving heart made it the perfect career path for her.

Denise was a devout Christian and always had a scripture ready for any situation.

She would often pray for her many friends and family members. She was united in marriage to the love of her life, Patrick Clarida, on November 9, 2013 at Medford Methodist Church.

Denise’s passion was her love of the Lord, her two daughters, Stephanie and Chelsea, her husband Pat, and playing worship music.

She taught herself to play guitar many years ago and delighted in sharing her music and love of the Lord with others.

She was a founding member of the gospel and bluegrass band, Higher Grasspirations.

She brought a lot of joy to many people with her music, playing every year at the Holden Street Fair and many other places.

She and Pat would often travel around to many churches to share her music and boundless faith.

She enjoyed spending time with her family, especially her husband and daughters, and discussing Christian doctrine and the Bible, on which she was an expert.

Her family wishes to thank dear friends and extended family members for their support, care, love and prayers during the last days of Denise’s life.

Your kindness will never be forgotten.

We know our beloved mother, wife, daughter and sister is with Jesus now – she is finally Home! A visitation will be held from 5 to 7 p.m. on Friday, January 14, at Williams Funeral Chapel in Holden.

A Celebration of Life Gathering to honor Denise will be held at 10 a.m. on Saturday, January 15, 2022 at the funeral home, with Pastor Bobby Kent officiating.

Memorial contributions may be made to the Kidney Foundation, in care of the funeral home.

Online condolences for the family may be left at williamsfuneralchapel.net.