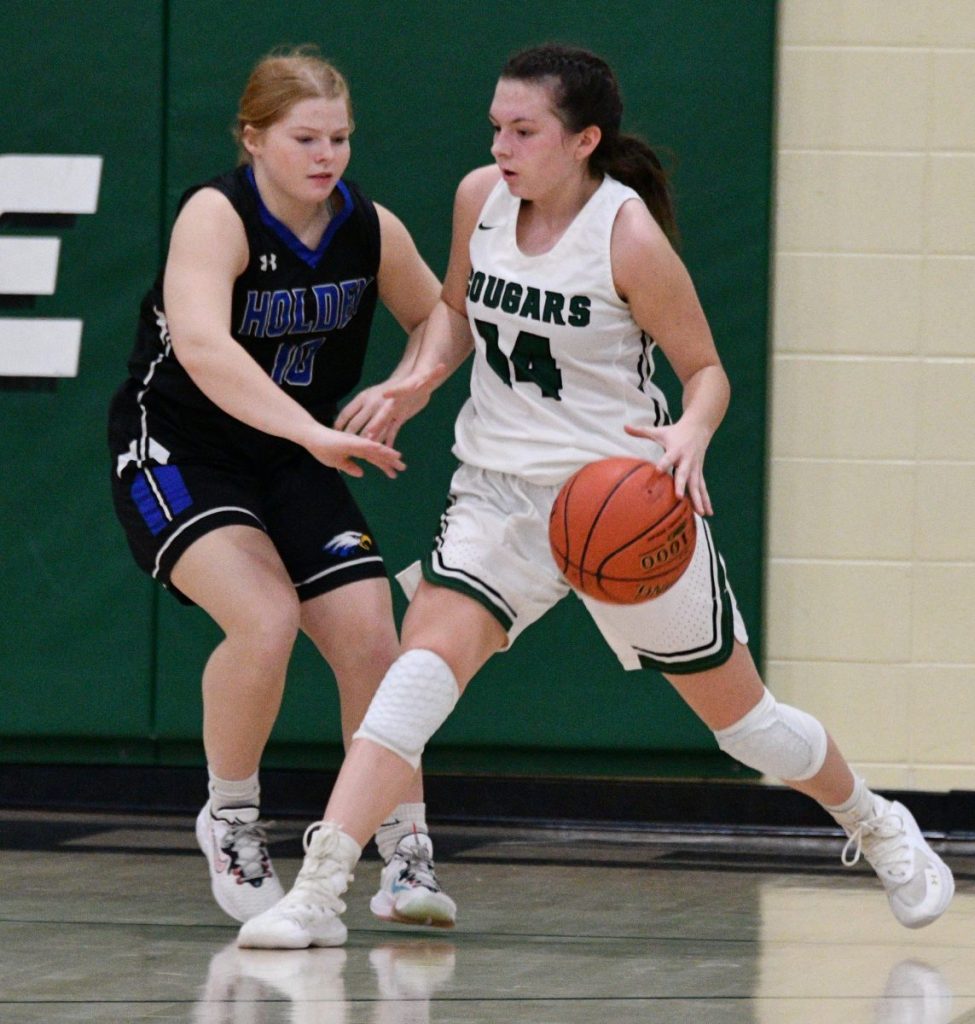 The Holden girls basketball team closed out a three-game stretch last week by picking up a 48-25 road win over Crest Ridge.

The Lady Eagles stretched their 13-8 lead at the end of the first quarter to a 25-8 advantage at halftime behind 13 first half points from point guard Millie Davidson.

“Our starters came out clicking, and scored 13 points in the first quarter,” said Holden coach Ben Kiger. “We really needed this because we had been struggling to score of late. “In the second quarter, our defense went on lock down mode, and we outscored them 12-0. “We were led in scoring by Millie Davidson with 15,” continued coach Kiger. “Our defense was really solid, and she was always in the right spot for a steal and turned them into lay-ups for us. “Liz Stout had 10 points, and the rest of the team also got in the scoring column. “Alli Iles and Lilee Keller each scored six points. Abby Wamsley had five.”

At the end of last week, the Holden girls basketball team held an overall record of 2-1 with no conference games played.

Look for the game article in next week’s edition of the Image.

This Friday, the Holden girls basketball team travels to Pleasant Hill for JV and varsity match-ups.

The JV game begins at 5:30 p.m. The varsity game follows with a scheduled start time of 7.