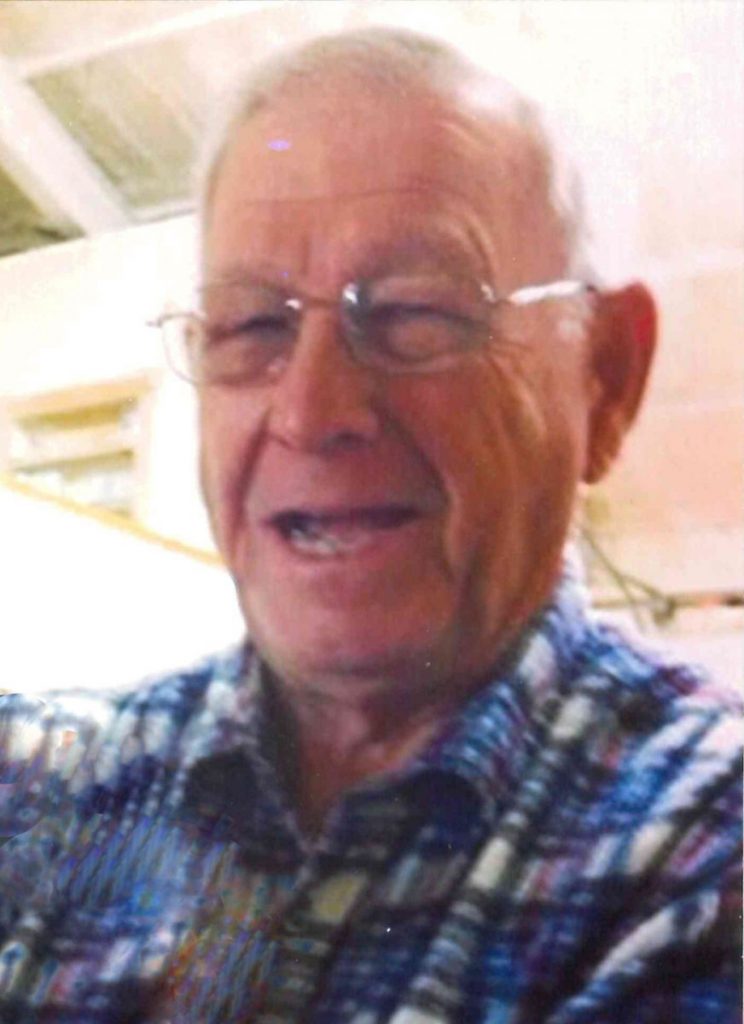 He was born Monday, April 8, 1935, in Saint Louis, Missouri, the son of the late Rienhold Rapp and the late Frances Rapp (Grabowski).

He served his country proudly and with honor.

He worked as a phone company manager for AT&T and Southwestern Bell, retiring in 1990 after 33 years of service.

In his retirement to stay busy, he worked a short time as a deckhand on the ferry boats hauling cars across the Lake of the Ozarks.

He later enjoyed work as a biologist for the Missouri Department of Conservation, boating around on the lake keeping count of the marine wildlife and fish.

When teased by Howard about “this isn’t work, you’re just fishing all day!” he would reply, “Yes it is, some days it rains!”

Jerry and Fran raised their family in Blue Springs, MO but moved to Holden in 2003 to be closer to extended family.

Jerry was a member of the AT&T Telephone Pioneers Club, the Kansas City Optimist Club, and the Holden VFW Post 5844.

He was a member and a Deacon at the New Life Fellowship in Holden.

Jerry enjoyed traveling with his wife and friends, especially their trip to Nova Scotia and frequent trips to Florida.

He enjoyed yard work, fishing, being outdoors and using his chainsaw.

Jerry was hardworking, independent, and proud of the life he lived.

He will be greatly missed by all of his family and friends.

A funeral service will follow at 3 p.m., with Pastor Michael Wakeman officiating.

Interment will be in Sunset Hills Cemetery in Madison, Missouri at 2 p.m. on Thursday, December 9, 2021.

In lieu of flowers, the family suggests memorial contributions be made to the New Life Fellowship – Children’s Ministries, 400 S. Main St. Holden, MO 64040.