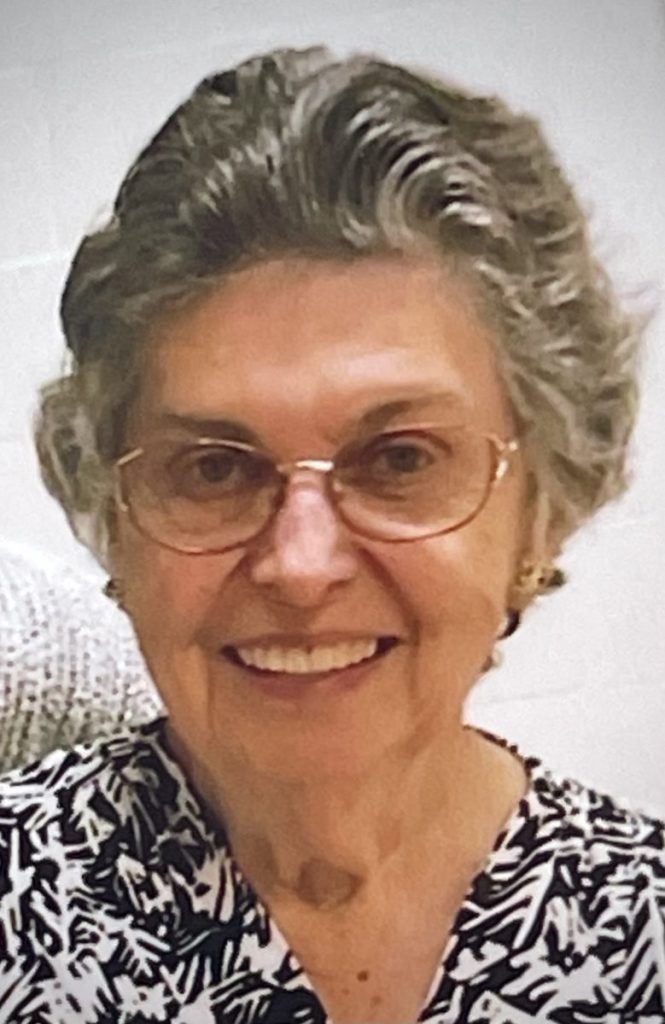 Katherine was born June 17, 1937 in Holden, Missouri, the oldest daughter of Carl and Lena (Eissler) Truninger.

Katherine spent a significant amount of her childhood with her extended family on their farms outside of Holden.

She graduated in 1955 from Holden High School and was Eagle Ball Queen.

Katherine was united in marriage to Dale Corkran February 9, 1956.

The couple made their home in Holden – first living on the Corkran farm and then building a home on Truninger farmland, a Century Farm, first homesteaded by the DeAtley Family.

Katherine and Dale had two children, Dennis and Kathleen.

Katherine returned to work as the children got older, working for the Holden School District as a cook at the Jr. High for 28 years.

This is where she learned and perfected her famous cherry rolls.

During her tenure at school, she never met a kid she didn’t love, especially her helpers.

Katherine and Dale enjoyed the farm life with neighbors, friends and family.

Katherine was loved and appreciated as a wife, mother, grandma and great-grandma.

Katherine was known in the community for her love of Jesus, commitment to caring for family, hostess of Truninger, Corkran, Eissler and West family dinners, teacher of farm life and history, and Sunday School teacher and active member/director of WMU at First Baptist Church.

Katherine’s heart’s desire was to help lead others to know the Good News of Christ’s love and salvation.

Katherine was a member of the 4-M’s Club, which led to lifetime friendships and education that were important to her.

She was active as a 4-H leader, member of DRA, Shakespeare Club, Johnson County Historical Society, and Rose Hill Cemetery Board.

Katherine loved being a Grams and her grandchildren will remember her affection, lessons, and unconditional love.

Katherine valued being part of her family’s life events and always looked for ways to contribute and be involved in helping others.

Katherine was preceded in death by her parents; parents-in-law; brother, John Truninger; and sister, Barbara Henry.

Visitation was from 5 to 7 p.m. at Campbell-Cast Funeral Home on Sunday, August 8. Funeral services were held at 10 a.m. Monday, August 9, 2021 at First Baptist Church in Holden.

Interment followed at the Holden Cemetery.

In lieu of flowers, memorial contributions are suggested to the Holden Cemetery Association or Ascend Hospice, in care of the funeral home.