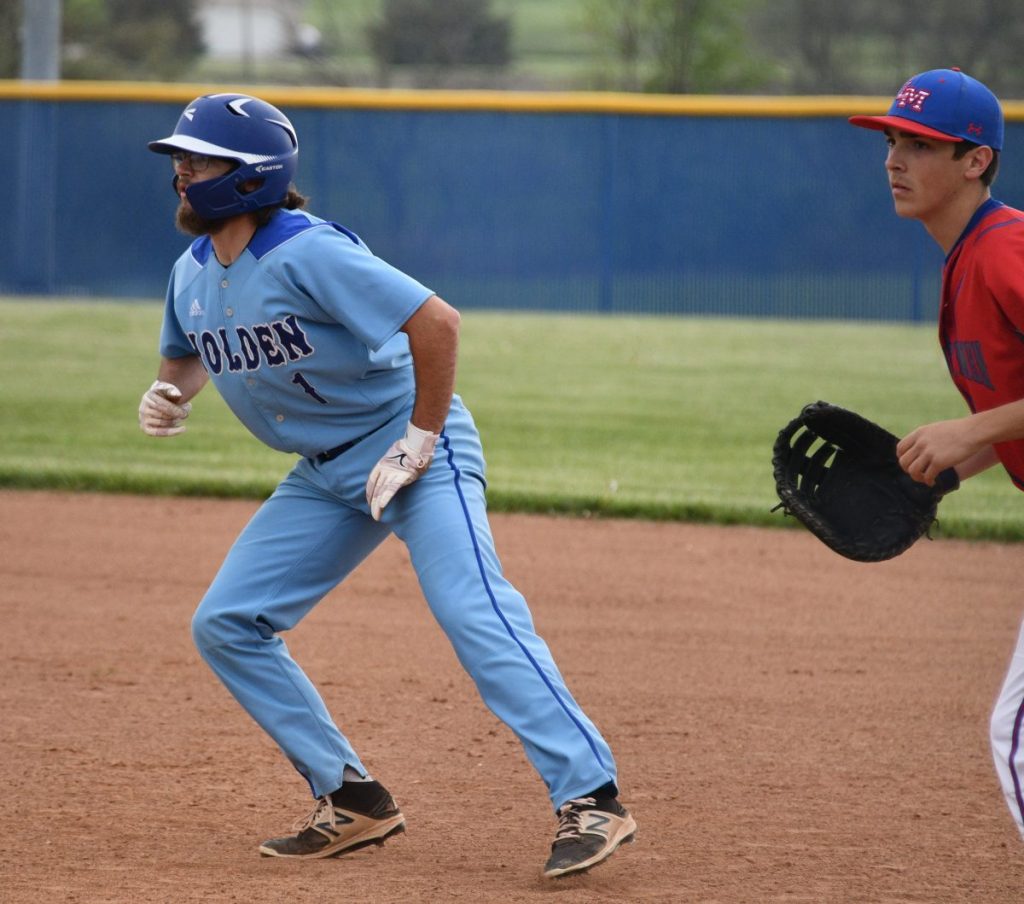 The Holden baseball team hosted Lexington for the Eagles’ Senior Night game on Tuesday, April 27 with the Minutemen taking a 3-0 conference win.

“This group were ninth graders when the 2018 team made the trip to the state finals, so they have experienced the best of what a season can offer, and then what the total disappointment of last year by having no season feels like,” said Holden baseball coach Dave Riley.

“Getting to have a season will be a great memory for this group. The struggles of having a year off are one of our concerns, but most teams are going through the same issues.”

Freshman Aiden Morarity started on the mound for the Eagles. He held the Minutemen scoreless through five innings before turning the hill over to reliever Carson Gard in the sixth with two runners on, and one out.

Lexington plated its three runs in the sixth inning with neither team scoring in the seventh.

“In the senior game, we start all the seniors, and that has become a tradition for us,” said coach Riley. “The guys held their own, and left us in a position to have a chance to win. We just could not get anything going on offense to help ourselves.”

For Holden, Danny Hartzler and Garrett Smith each had a double in the game. Andrew Catron and Morarity each walked once.

On the hill, Morarity totaled 11 strikeouts in 5 1/3 innings of work while allowing 3 hits, and issuing only 1 walk. Two of Lexington’s runs were credited to Morarity.