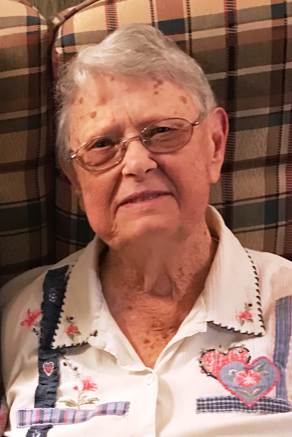 She graduated from Latour High School.

Bonnie was united in marriage to Bill D. Murphy on December 16, 1951 in Holden.

The couple initially lived on a farm near Gunn City.

They eventually moved to a farm near Kingsville.

For health reasons, the couple moved into Holden a year-and-a-half ago.

Bonnie was a very devoted member of the R.L.D.S. Church.

She was a member of the Restoration Branch at Chilhowee at the time of her passing.

She was an avid gardener.

She was preceded in death by her parents; grandson, Jesse Murphy; and four brothers. Funeral services will be held at 2 p.m. Saturday, May 1, 2021 at Williams Funeral Chapel in Holden.

Interment will follow at Rose Hill Cemetery, near Latour.

Visitation – the family will receive friends from 5 to 7 p.m. Friday, at the funeral home.

Memorial contributions may be left to Odessa Hills Campground, in care of the funeral home.