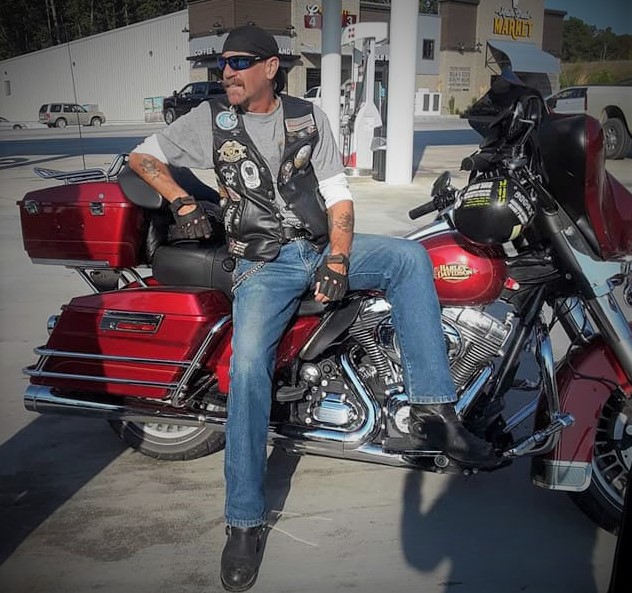 Until we meet again…

On Tuesday, April 6, 2021, Samuel Morgan Chapman, loving husband and friend, went to his heavenly home at the age of 56.

Samuel (known to friends and family as “Sam”) was born on September 22, 1964 and grew up in Levittown, Long Island.

On March 30, 1996, Sam married the lovely Jane Marie Woodward. Later in life, he received his associate degree in Computer Science from Metropolitan Community College in Kansas City in 2011 and was the Technical Support Lead with KC Web Specialists LLC for nine years.

Sam always said that riding his Harley was his “therapy.”

He was proud to be the VP and Webmaster for the Freedom of the Road Riders of Missouri (Local 33) and was a part of the Patriot Guard Riders (Standing for Those Who Stood for U.S.).

Back home in New York, he volunteered as a fireman and EMT.

A proud Eagle Scout and U.S. Navy Vet, Sam enjoyed being in the great outdoors, hunting, and spending time with his two dogs, Bear and Fred.

He was a Ham Radio enthusiast (handle K2HOG), always getting a kick out of talking with folks from other parts of the world.

He always had a mischievous twinkle in his eye, was always willing to be there for friends, and never met a stranger.

Sam was preceded in death by his father, Malcom.

He is survived by his wife of 25 years, Jane; his mother, Connie; siblings, Jeanne, Leigh and Sue; his daughter, Nicole; his Uncle Miller and Aunt Hannah Cook; several cousins; nieces and nephews; and many others, including his wife’s loving family.

Samuel Morgan Chapman’s Celebration of Life will be at New Hope Baptist Church on April 17, 2021.

Services will be from 10-10:30 a.m., with visitation and light refreshments to follow.

In lieu of flowers, memorial contributions may be made to Jane Chapman, in care of Campbell-Cast Funeral Home.