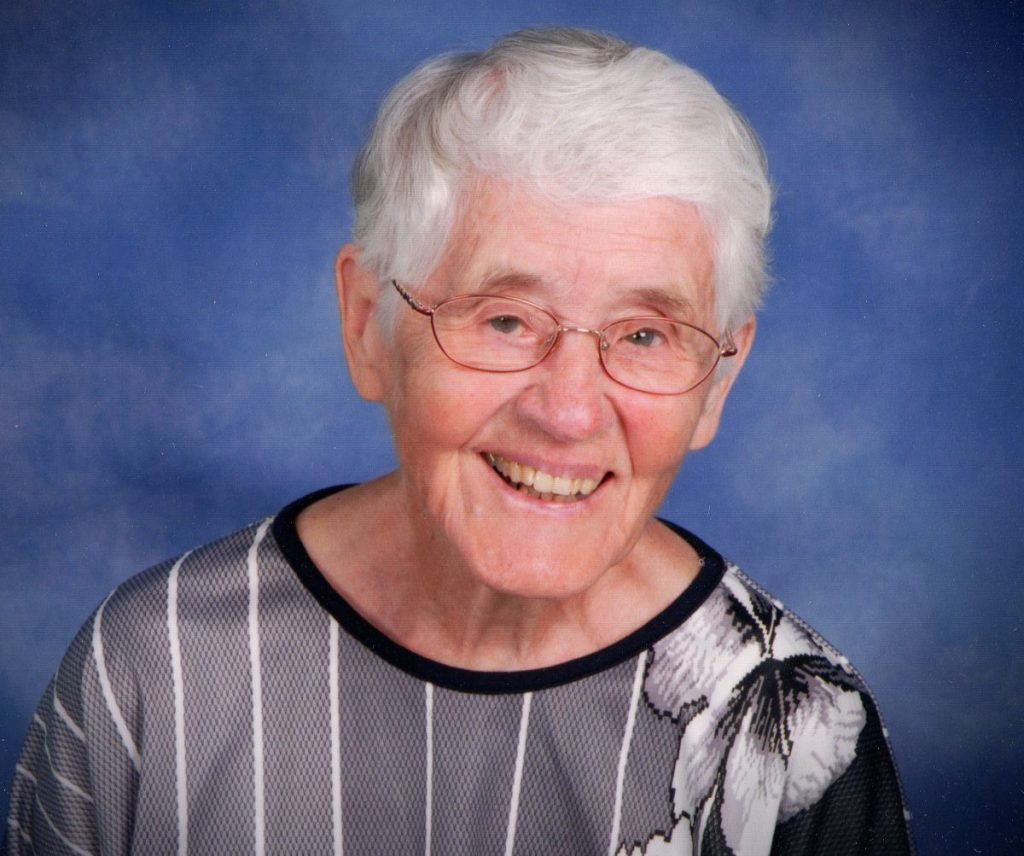 She departed this life on Monday, March 8, 2021, at the Saint Luke’s Hospice House, Kansas City, Missouri.

Chris was a 1944 graduate of Academy High School in Erie.

She furthered her education by earning a Master’s Degree in Education from Atlantic Union College in South Lancaster, Massachusetts in 1949.

While serving as a teacher in Africa, she met her future husband, Dale Eugene Fairchild, and they were married May 1, 1955 in Gwelo, Zimbabwe.

Chris was a much loved and respected school teacher.

Following retirement, she continued her passion for teaching by volunteering as a tutor in the Kingsville, Missouri R-I School District.

She was passionate about teaching and was always there to support the underdog.

She never gave up on a student and was adamant in educating them with love.

She described herself as “tough as nails, but all my students know I love them!” Chris was a member of the Kingsville Seventh-Day Adventist Church.

She enjoyed stamp collecting, old books, and spending time with her family.

Chris was preceded in death by her parents; eight siblings; and daughter, Betty J. “Biz” Reynolds.

She is survived by her husband, Dale, of the home; her son and daughter-in-law, David and Darlene Fairchild of Shawnee, Kansas; five grandchildren, Beckie Fairchild of Branson, Missouri; Rindy Fairchild, of Bentonville, Arkansas; Christopher (and Shana) Fairchild of Ooltewah, Tennessee; Rob Reynolds of Pleasant Hill; and Kevin Reynolds of Lincoln, Nebraska; as well as other relatives and friends.

Cremation has been accorded. A celebration of Chris’ life will be held at a later date.

Memorial contributions are suggested to Harvesters; or ADRA – Adventist Development and Relief, and may be sent in care of Stanley-Dickey Funeral Home.

Online condolences may be sent to the family at www.stanleydickeyfuneralhome.com.