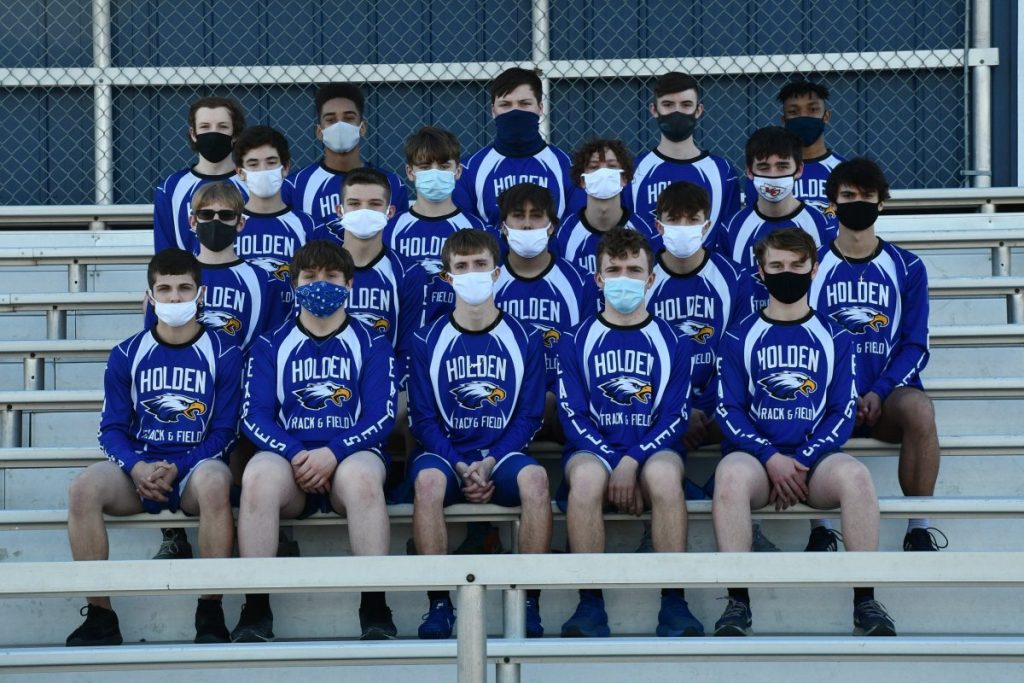 In a season where freshmen as well as sophomores will receive their first varsity track and field experience after the cancellation of last year’s schedule due to the Covid-19 pandemic, the Eagles boys team will look for that new crop of athletes to develop over the 2020-21 season.

The base of this year’s Holden boys track team cements itself around 15 freshmen and sophomores with five juniors, and one senior at the top of the upperclassmen.

Lone senior Tanner Atkins returns to the team this season to provide guidance on a squad of 21 total team members.

“The boys team is young so I am hoping to get them to come along, and expect big things for the future,” says Holden track and field head coach Spencer Gudde who also fills the role of Holden Activities Director.

Atkins steps into his senior leadership role after the departure of graduates Matt Barker, Travis Stout, and Riker Francis who were set to compete for the track and field team last year before the cancellation of the season.

Barker’s absence leaves spots open to fill in distance events as he now competes at the college level.

The five junior members on this year’s boys track and field team are Garrett Abel, Wyatt Doutt, Brian Johnson, Michael Rinella, and Logan Yoder, all of whom bring cross country running experience to the team.

The sophomore class representation on this year’s team makes up the largest number of team members by grade level with eight athletes.

“I feel like everyone is new simply because we did not have much of a season last year, so I have to get everyone up to speed, my coaches included,” says coach Gudde.

“So far, everyone has done a fantastic job, and I expect it to only get better.” Coach Gudde, and the assistant coaching staff are benefitting from favorable weather during early-season practices as this year’s large proportion of untested athletes prepare for competition.

“It has been a blessing to get things started, and to improve morale for the team,” notes coach Gudde of the blue skies and warm weather greeting this year’s team in early practices.

In the boys track and field team’s last full season of competition, the team placed fifth at the 2019 MRVC-East Meet.

Though separated by two years from that meet, and with several new faces on this season’s team, Coach Gudde expects improvement over that showing this year.

“The boys would like to make the top three,” says the head coach with the conference meet off in the distance on May 4.

With preparation for the upcoming season well underway after a 2019-20 season that was ultimately called off, coach Gudde is excited by, “Simply the fact that we get to have a season, and I get another chance to coach.

“This season, my focus is to keep everyone as safe as possible, and to let the kids get a season in.”

The Eagles boys track and field team is set to open the 2020-21 season on Thursday, March 25 with an invitational meet at California High School. The meet starts at 4 p.m.