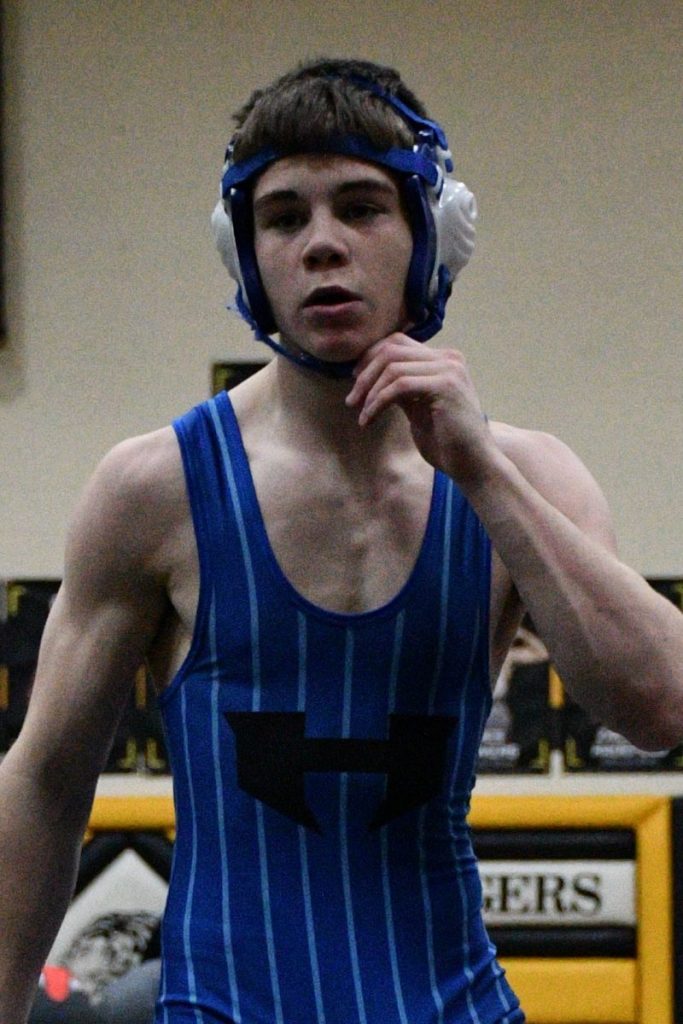 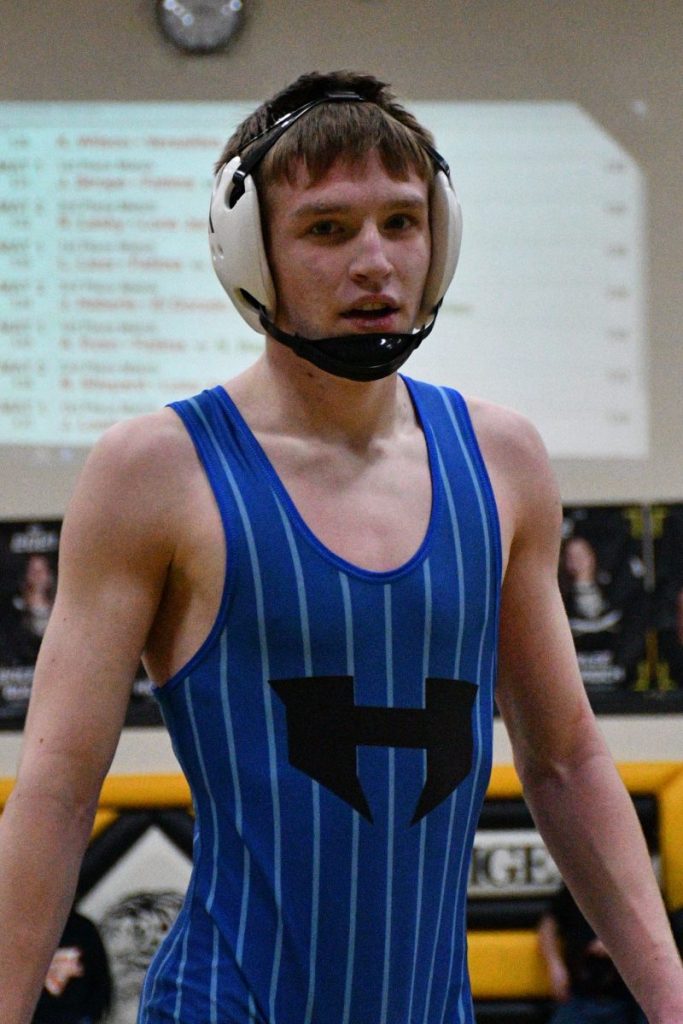 Junior Logan Yoder will make his third appearance at the state championships after placing third in the 120-pound weight class at the sectional meet.

“This was a little different,” said Holden coach John Jones. “If we had the old rules, I would be taking five to state.”

The Missouri State High School Activities Association added a sectional round after the district tournaments this season in an attempt to reduce crowd sizes at the events due to Covid-19 concerns.

In another change in the tournament series this season, the top three finishers from each weight class of the four sectional meets qualify for the state meet as opposed to four state qualifiers being taken directly from the district meet in past seasons.

“Today went well,” said Yoder who earned an all-state sixth-place medal last season, and this year represents the most experienced veteran on the Eagle squad as a three-year team member. “We have two wrestlers going to state. We would have liked to take more, but all of us wrestled real well. We gave it our best.”

Greene began his sectional title chase with a first-round bye that was followed by a win by fall over Sherwood wrestler Mason Smith.
Greene grabbed the 113-pound gold medal with 4-0 win by decision over Versailles wrestler Kannen Wilson.

The sectional championship allowed Greene to mark off a preseason goal from his “to do” list.

Yoder took three wins versus one loss on his journey to the third-place state qualifying finish.

In the third-place match, the Eagle junior won by fall over Lone Jack wrestler Robbie Lasky.

Coach Jones’s expectations for Yoder match Yoder’s goals for himself in this unique season.

“This year, I would really like to go back, and get another medal,” said Yoder with his third appointment at the state meet lined up. “That’s my goal, and my goal is to place even higher.”

Eagle wrestlers Carson Moreno at 106 pounds, Kody Conard at 132 pounds, and Chance Agcopra in the heavyweight division fell victim to this year’s state qualifying rules under which only the top three finishers move onto the state meet.

Moreno, Conard, and Agcopra each worked their ways into the third-place match in their respective weight classes before falling to their opponents in competitive efforts.

While leading in points in the third-place match, Moreno suffered a shocking loss by pin in the second period to Sherwood wrestler Chance Marriman.

“That’s a shame, it’s really a shame,” said coach Jones of Moreno’s loss. “I’m sure it’s eating him up on the inside. He wrestled great.”

Following a 4-2 win in sudden victory in the semifinals, Conard suffered a loss by decision to familiar foe Brenden Shepard from Lone Jack in the third-place match.

“Kody Conard beat people today who have kicked his butt all season,” said coach Jones. “To qualify for state, he wrestled that Shepard kid from Lone Jack.”

Conard fell to Shepard by decision in the first-place match at the district meet two weeks before the sectional meet.

“We see Lone Jack all the time. Kody has been pinned by him, he has been tech-falled by him, has been majored by him,” noted coach Jones. “Two weeks ago he did much better against him, and this was even better.”

Agcopra took a first-round win by pin before being pinned by Lone Jack wrestler Nathanyal Ory in the semifinals. Agcopra lost by a 3-0 decision in the third-place match.

Also competing for Holden at the sectional meet was 152-pound freshman CJ Reifsteck who suffered a loss by pin, and a loss by decision to end his day.

Coach Jones summarized Holden’s season, and sectional performance. “I’m not disappointed. It’s not as good as we have done in the past, but we have zero seniors on the team, two juniors, a couple sophomores, and the rest are freshmen.

“This season has been crazy. I’ve also been quarantined twice. That didn’t help,” noted coach Jones.

Yoder looks to carry his previous state experience, and a positive tone into this year’s altered state format with a one-day event as he looks for his second career all-state medal.

“State’s one of the most fun things that I’ve done in my life, and it’s something that I’ll never forget,” said Yoder. “We were quarantined right before the district meet. That set us back a little bit, but we rose to the challenge.”

Yoder and Greene will compete at the Boys Class 1 MSHSAA Wrestling Championships on Wednesday, March 10 at Cable Dahmer Arena in Independence. First round matches begin at 9:30 a.m.