Brad was born on December 29, 1951 in Sedalia, Missouri, the son of Jack and Barbara (Rice) Alpert.

He graduated from Smith Cotton High School in Sedalia, Missouri, the Class of 1970.

Being a former resident of Sedalia, Kansas City and Columbia, Brad had made Kingsville his home for the past 30 years.

He was of the Jewish faith. Brad is survived by his wife, Jo Ann Alpert, of the home; his mother, Barbara (Rice) Franklin Nunez of Kingsville, MO; his aunt, Betty (Rice) Schlotter of Springfield, MO; cousins, Connie Jo Rodgers of Liberty, MO and Clifford Daniel Van Dyne of Sedalia, MO; many cousins; and dear friends.

Brad was preceded in death by his father, Jack Alpert.

A Celebration of Life for family and friends will be held at a later date.

Online condolences may be made at www.castfuneralhome.com. 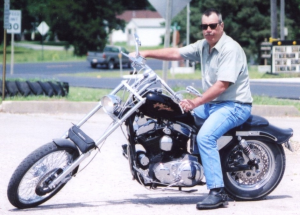