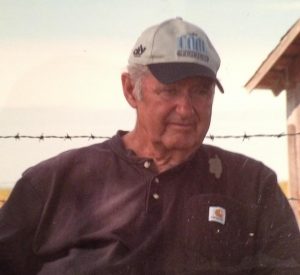 Paul Lester Biggs, most recently of Emporia, Kansas, died on Friday, July 17, 2020 at Newman Regional Health.  He was 80.

Paul was born on August 13, 1939 in Lebanon, Missouri, the son of Elmer and Pauline Watson Biggs. He married Jimmie Joyce Garrett on August 5, 1961 in Kansas City, Missouri.  They lived their married life in the Lee’s Summit area and later in Belton, Missouri.  They also owned a farm near Holden, MO for many years.

On March 15, 1959, Paul, along with other family members, professed his faith in Jesus Christ and was baptized in a cold creek where ice had to be broken for the service.

He now enjoys his freedom from Parkinson’s Disease, which he had suffered from for many years.

He was preceded in death by his parents; and his brother, Harold Biggs.

Paul’s love of farming defined him, but he also owned a pest control company for many years and had a barbeque business as well.

Although he was an extremely hard worker, he also enjoyed hunting and fishing when he could.  He was a man of few words, but when he spoke he meant what he said.

Paul will be missed and fondly remembered by all who had the privilege of knowing him.

Cremation is planned, with a family gathering to take place at a later date.

Online condolences may be left at www.robertsblue.com.