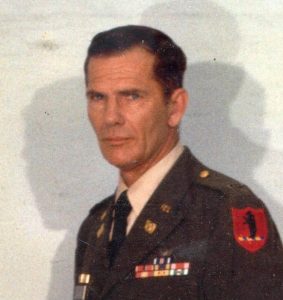 He graduated from Holden High School. He was united in marriage to Nancy Jo Wilson on July 6, 1956 in Warrensburg.

Marvin served in the Naval Reserve from 1953 until 1970, at which time, he started serving with the Army National Guard.

He joined the Army because he wanted to fly helicopters, retiring in 1990.

In earlier years, he worked at Rockledge in Holden, where he started welding.

Marvin taught welding at Warrensburg Vo-Tech for several years. He also worked for Bratten Corporation in Kansas City, and Carrollton Gas Service Company at one time.

He was a member of the QBs Flying Club. In earlier years, he was an avid bowler. Marvin also enjoyed hunting and gardening at one time. He also loved bird dogs.

Marvin was preceded in death by two brothers, Dale and Dennis.

Funeral services will be at 2 p.m. Saturday, June 20, at Williams Funeral Chapel in Warrensburg with Rev. Charles Brant officiating.

The family will receive friends, one hour prior to service, Saturday, at the funeral home.
A memorial fund will be established.