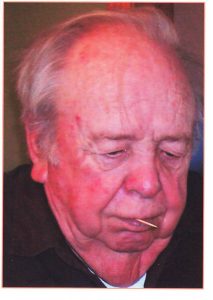 Bill was born May 6, 1934 at Gunn City, Missouri, son of Oden and Lena (Fitzgerald) Dawson.

He graduated from Kingsville High School and enlisted in the United States Army, serving in the Korean War.

On September 30, 1961, he was united in marriage to Lola Jean Hancock in Kingsville.

Bill had resided in the Kingsville area for the majority of his life.

Survivors include his loving wife of 58 years, Lola; daughter, Kaelyn Tuley (Walter); and two grandchildren, Samantha Christian and Clayton Christian, all of Kingsville; and also several nieces and nephews.

He was preceded in death by two brothers, Drexel and Jerel.

Memorial contributions may be left to the William Dawson Memorial Fund, in care of the Williams Funeral Chapel, Holden.

Online condolences may be left at www.williamsfuneralchapel.net. Arrangements entrusted to Williams Funeral Chapel in Holden.