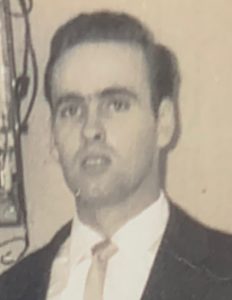 He was born on November 27, 1941 in Bunceton, Missouri, the son of Bill and Lola (Hill) Aldrich. John served in the United States Army, spending three years and three months stationed at Fort Wainwright in Fairbanks, Alaska.

He was an employee of Western Electric, where he worked in electroplating as a gold plater.

John moved from Belton, Missouri to Holden, Missouri in 1969. He was of the Christian faith.

Services will be scheduled at a later date. Arrangements entrusted to Campbell-Cast Funeral Home, Holden, MO.