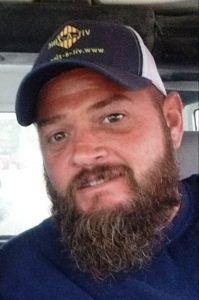 Jared Andrew Reynolds, 40, of Holden, Missouri, passed away unexpectedly Saturday, May 2, 2020, at his parent’s home near Holden.

Jared was born January 24, 1980 in Harrisonville, Missouri, the son of John and Shirley (Eissler) Reynolds.

He was raised and attended school in Holden. He was united in marriage to Jessica Anne Conard on September 8, 2007 in Eureka Springs, Arkansas.

Jared worked in construction for several years, as well as farming. Jared loved to farm.

He was also known for his mechanic skills and his love of animals.

Due to the current COVID-19 restrictions, a Celebration of Life gathering will be scheduled at a later date.

Online condolences may be left at www.williamsfuneralchapel.net. Arrangements entrusted to Williams Funeral Chapel in Holden.